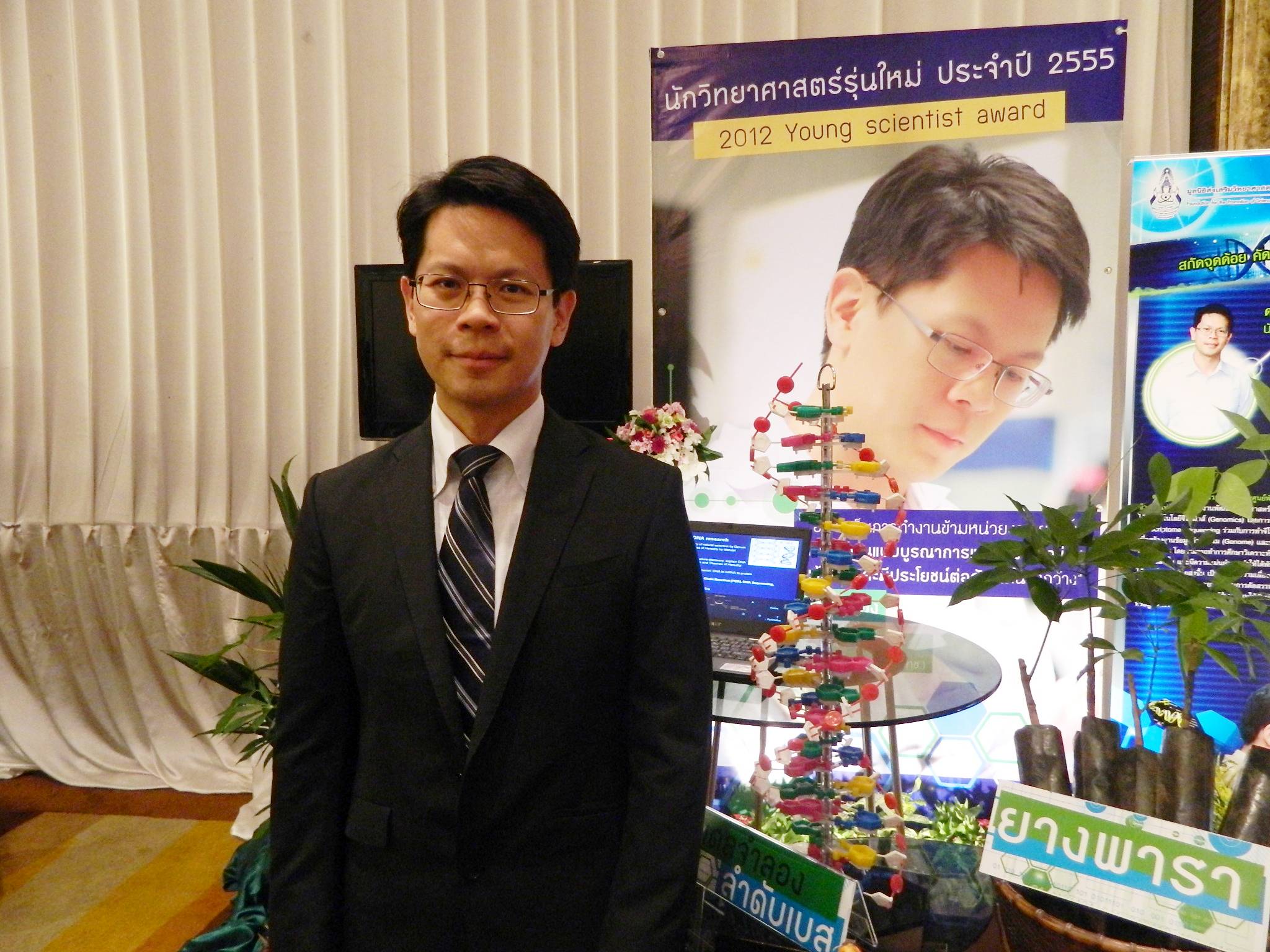 Singapore: Dr Sithichoke Tangphatsornruang, head, genomic research laboratory, BIOTEC, has been chosen by the Foundation for the Promotion of Science and Technology under the Patronage of His Majesty the King as one-of-the-three researchers to receive the 2012 Young Scientist Award.

His main focus is on plant genetic research, specifically to improve the current understanding of plant genetics by applying genomic techniques. He has actively involved in oil palm research in collaboration with scientists from Kasetsart University, Thammasart University, Institute for Research and Development (IRD-France) and Golden Tenera Company to develop markers associated with high yield, thin shell and high sex ratio.

He also received funding from BIOTEC and the Rubber Research Institute, Thailand, to develop molecular markers associated with drought tolerance. In this study, the high throughput SNP genotyping and physical mapping of the rubber tree genome were developed. Dr Sithichoke has published 20 articles in peer-reviewed international journals and has served as a reviewer for many international journals, including BMC Plant Biology, BMC Genomics, Bioinformatics, Tree Genetics & Genomes, and Gene.

The Foundation for the Promotion of Science and Technology under the Patronage of His Majesty the King was established in 1982. The Outstanding Scientist Awards and Young Scientist Awards are presented annually to recognize Thai researchers with outstanding scientific achievements and to encourage active younger researchers to perform high quality research work of significant impact to society and economy.