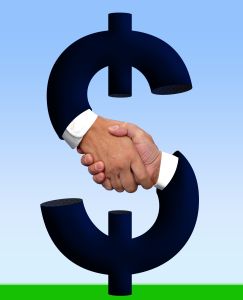 Singapore: The Development Center for Biotechnology (DCB) and JoBen Bio-Medical in Taiwan have signed a licensing and collaboration partnership agreement for developing anti-cancer drugs. The drugs will be based on chemical ingredients extracted from the fruiting bodies of fungus Antrodia cinnamomea, which grows on Cinnamomum kanehirae, a unique kind of camphor tree in Taiwan. The partnership aims to obtain investigational new drug (IND) approvals by regulatory agencies in Taiwan and the US for entries into human clinical trials on lung cancer by the end of 2015.

The fungus Antrodia cinnamomea is a parasitic mushroom growing on a special strain of stout camphor tree found only in Taiwan. It has traditionally been used as treatment for discomforts due to excessive drinking and fatigue. The fruiting bodies of the mushroom are rich in polysaccharides and triterpenoids.

Chemical components extracted from the organism, such as antrodia camphorata acid and its derivatives, are known to have anti-inflammatory, insecticidal and cytotoxic activities. Experiments in animals demonstrated that the chemicals DCB researchers have isolated and identified show anti-tumor effects comparable to available cancer drugs.

President Chia-Lin Jeff Wang of DCB points out that the mission of the not-for-profit organization is to foster growth of Taiwan's biotech industry by serving as a pivotal link between the academia and the industry for drug development. Since 2000 when DCB refocused on preclinical development, seven IND approvals have been obtained, and one of the drug candidates is currently undergoing phase III clinical trials in Taiwan. The southern region of Taiwan is a recent focus area for DCB to play the role of a "second-baton runner" in the "relay race" of Taiwan's biotech development. The partnership with JBM, which is located in the Pingtung County, represents an important outcome of DCB's industrial promotion efforts in southern Taiwan.

DCB Chairman Dr Johnsee Lee indicates that forming partnerships in early stages of drug development will not only alleviate risk burdens for the stakeholders but also increase success rates for technology commercialization. The technology transferred from the DCB to JoBen Bio-Medical is the result of a project sponsored by the Industrial Technology Development Program under the Ministry of Economic Affairs. The partnership highlights positive impacts of the ministry's industrial promotion programs, which have been providing key driving forces and supporting resources for the upgrading and integration of upstream, midstream and downstream sectors in the value chain of Taiwan's biotech industry.