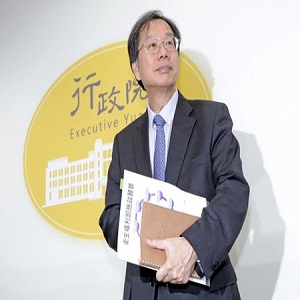 Speaking on his appointment, Mr Been-huang added that food safety and epidemic management were currently major concerns in the country and the Ministry will focus on resolving these as early as possible.

Mr Been-huang said that it was a major challenge to restore public confidence after the two major food scandals that triggered public outrage in Taiwan. He also added that the ministry will focus on disease control to curb many diseases like dengue that have become endemic in Taiwan.

According to the Ministry of Health and Welfare statistics, there have been 4,750 indigenous dengue fever cases this year in Taiwan so far, the highest number of infections since 2002, with 47 of them being the more severe hemorrhagic dengue fever.

With 900 cases per week, dengue cases are sky rocketing in Taiwan. The Ministry said that the cases may soon surpass the 2002 record of 5,536, considered highest so far.