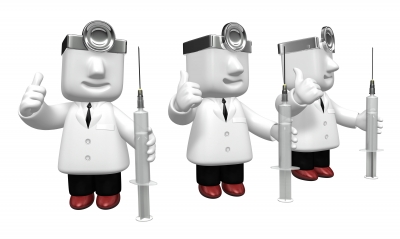 Singapore: In wake of the nation's first rabies vaccine infection reported in an animal this year, the Taiwan Center for Disease Control has recently activated a contingency measure to provide rabies vaccine to people who have been bitten or scratched by a masked palm civet, or gem-faced civet.

Mr Chuang Jen-hsiang, deputy director, CDC, said that under the current regulations people injured by wild animals regardless of the species, are entitled to a NHI-covered five-dose rabies vaccination on the first, third, seventh, 14th and 28th days after the attack.

The rabies immunoglobulin will be given to those people wounded by a wild Formosan ferret-badgers or house shrews. Mr Jen-hsiang said, "In response to the first reported case of rabies in a masked palm civet on Monday, the centers decided to extend the coverage of NHI-funded rabies immunoglobulin to include people bitten by gem-faced civets to decrease their risk of the rival disease. The new policy is effective immediately."

Reports suggest that all of three human rabies cases reported in Taiwan in the past decade has been introduced from overseas, with two from China and one from the Philippines, said Mr Jen-hsiang.