The clinical trial is funded by the Focused Ultrasound Foundation 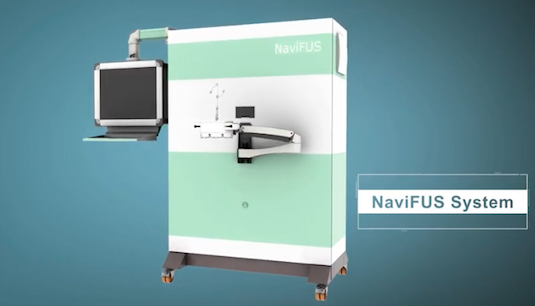 NaviFUS' focused ultrasound (FUS) therapy system (NaviFUS®) was recently approved for use in a new clinical trial by the Taiwan Food and Drug Administration (TFDA). It will be initiated shortly at Linkou Chang Gung Memorial Hospital.

The trial will investigate the "synergy" that FUS-mediated opening of the blood-brain barrier (BBB) has on improving the therapeutic effect of radiotherapy treatment in patients with end-stage primary brain tumors.

Despite suffering from repeating surgeries, radiotherapy, and chemotherapy, most of these patients will eventually face tumor recurrence. Currently, while there may not be any effective treatments guaranteed to prolong survival, NaviFUS hopes that this upcoming clinical trial can result in a new, low-risk, and "Patient Friendly" option for patients who have already exhausted first and second-line treatments or failed radiotherapy treatment previously.

If this combined treatment can safely enhance the effect of radiotherapy, NaviFUS' believes this treatment can also be extended to metastatic brain tumors from lung cancer, breast cancer, etc. The market potential for this treatment is expected to be more than $2 billion dollars.

At the same time, NaviFUS is conducting a FUS-mediated BBB opening combined with bevacizumab (Avastin®) clinical trial at Linkou Chang Gung Memorial Hospital. After repeatedly opening the BBB and long-term treatment with Avastin, preliminary results have shown positive signs of superior tumor progression control at the tumor treatment sites in patients; NaviFUS plans to run a similar trial simultaneously at Stanford University, which they expect to be approved by the US FDA's IDE review before the end of the year.