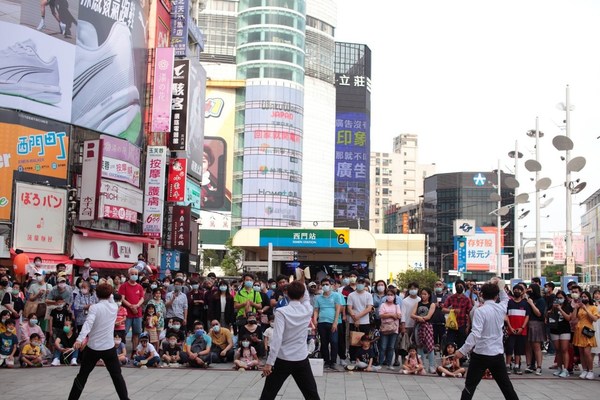 With Taipei City's Ximending Commercial District being is popular among international tourists, Taipei Ximen Pedestrian Area Development Association has responded to the government's policy of promoting mobile payment by introducing the "TaipeiPass" mobile app and payment platform and offering special discounts and creative marketing activities in combination with the government's Triple Stimulus Vouchers.

Despite that fact that international tourists are still unable to come to Taiwan due to border controls, the district has still turned in an impressive report card with NT$4.6 billion in revenues in the second half of 2020.

In the past, only 20% of visitors to the Ximending Commercial District were international tourists. However, in terms of spending power, they contributed as much as 80% of revenues, a clear indication that Ximending is not a strong market when it comes to domestic demand.

As a result, the district was the first to bear the brunt when the coronavirus first hit. When the epidemic was at its peak, sales and crowds in the commercial district both dropped by 80%. As noted by Liu Chia-Hsin, chairman of the Ximending Pedestrian Zone Development Promotion Association, "When the epidemic first occurred, the decline in sales couldn't even be calculated in terms of percentages. For example, souvenir shops were earning less than NT$1000 per day. Even worse, they had stocked a lot of goods because of the Lunar New Year, which all passed their expiration dates and had to be thrown away since no one came."