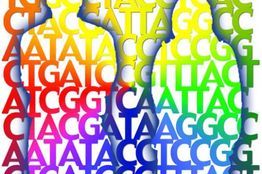 Singapore: The Society of Genetics, Genomics and Computational Biology has set up an education center at National Cheng Kung University (NCKU), southern Taiwan, to facilitate genetics and computational biology studies and to promote international interaction and communication in these fields.

Dr Chi-Chuan Hwang, chair of the education center, said that in order to promote research in these areas, the society had set up different teams based on different job contents, including the biology database team, the non-biological resource team, the computational biology skills team, the genetics team, the biotechnology team and the talent development team, and assigned people from the society's member countries to these teams.

"The education center established at NCKU is focusing on talent cultivation," said Dr Hwang, adding that the center hopes to recruit young students from different fields, including biology, medicine and engineering, in order to conduct interdisciplinary research.

With Fujitsu providing the hardware equipment, the first step taken by the education center was to ensure that the new software is capable of handling huge amount of data, and also to carry out the construction of gene pool and genome sequencing alignment, according to Dr Hwang.

The center will serve as an important platform for international interaction and communication in these fields, according to Gojobori, whose main purpose is not only to develop and nurture talent for research, but also to recruit domestic and foreign scholars to conduct education training and organize idea exchange sessions between member countries.