Its main mission is to cultivate deep technology entrepreneurship, foster commercialization of innovation and build a vibrant international tech startup ecosystem in Taiwan. 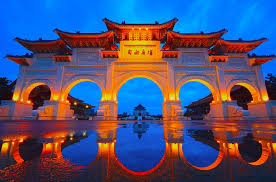 Singapore- The Ministry of Science and Technology (MoST) announced the launch of the Taiwan Tech Arena (TTA). Located in the heart of Taipei City, inside Taipei Arena, TTA is a tech innovation and entrepreneurship hub connecting the world's tech startup ecosystems under one roof. Its main mission is to cultivate deep technology entrepreneurship, foster commercialization of innovation and build a vibrant international tech startup ecosystem in Taiwan.

Chen Liang-Gee, Minister of MoST, stated: "TTA's goal is to build an international tech startup environment in Taiwan by building a strong network consisting of five pillars: talent from academic R&D, international accelerators, corporate partners, international links and capital market access. With the joint forces of global and domestic partners behind us, TTA will be the ideal platform for talent to form new tech ventures, for startups to find talent, for startups and corporations to collaborate and co-create, and for investors to connect with valuable investment targets. TTA will significantly contribute to building a vibrant international tech startup ecosystem in Taiwan; ultimately, making Taiwan a key destination for the next generation of entrepreneurs from all over the world to start their tech venture journey."

With over 30 years of history in deep technology fields including advanced manufacturing for semiconductors, hardware and software integration, and biotechnology, Taiwan has long been an enabler of technological breakthroughs across the world.

Over the past few years, MoST has also been investing in the fundamental research of frontier technologies such as AI in schools and research centers, as well as encouraging entrepreneurship among researchers and scientists by easing regulations, providing supportive startup programs, and much more to create a robust pipeline of talent and new ventures. These efforts combined with the availability of key technologies from global manufacturing companies have made Taiwan the optimal place for the development of AI and IoT in many domains including smart manufacturing, healthcare, cybersecurity, etc. TTA will act as a facilitator of deep technology ventures to enable breakthrough innovation and the cultivation of new industries.

TTA's partnerships with foreign and domestic accelerators, such as 500 Startups, Techstars and SOSV-MOX, will expedite the growth of over 100 startups per year through three to six-month acceleration courses featuring experienced international mentors, workshops and face-to-face consultation.

In Taiwan, startups benefit from an optimal market size and swift market response, making it an ideal place for new product testing before launching in countries in the Asia-Pacific (APAC) region. The nation is rich in talent, as demonstrated in an independent worldwide study by the OECD that ranked 15-year-old students in Taiwan fourth out of 72 countries in math and science. Furthermore, 45 percent of the Taiwanese population between the ages of 25 and 64 have degrees in higher education, compared to the global OECD average of 33 percent. The combination of a business culture that embraces technology and a rich pool of talent forms an environment that provides the necessary foundation to foster success for startups.

One of the key missions of TTA is to obtain funding for startups. Taiwan is a prime environment for investment due to the quality of its established infrastructure, free flow of information, respect for freedom and sound legal system.

MoST has to date provided funding support of USD $77.26 million to 50 startups through the Taiwan Innovation and Entrepreneurship Center (TIEC) located in Silicon Valley. Through the Taiwan Silicon Valley Tech Fund, MoST and the National Development Fund (NDF) have also partnered with multiple venture capitalists to further inject a total of USD $60 million into the capital pool with investment priorities on TTA startups. In addition, Taiwania Capital, another key tech venture investment firm initiated by Taiwan government, is also collaborating with TTA to support tech venture initiatives. Moreover, TTA will host high-profile pitch and match events as well as systematically match startups with international investment based on a curated Taiwan startup database. TTA intends to plays a key role in energizing Taiwan's startup culture and propelling both domestic and foreign startups onto the global stage.

On June 5, TTA will join the Netherlands Trade and Investment Office, Ministry of Economic Affairs, and Taipei City Government in welcoming 16 startups from the Netherlands and introduce them to the wealth of resources for startups at TTA. Furthermore, TTA in partnership with the French Office in Taipei will host the final Elevator Pitch Event of the Youth Enterprise initiative (YEi) later the same evening.

On June 6, 22 domestic and foreign startups will pitch to 28 international venture capitalists from six countries at the 2018 TIEC Pitch and Match #1 at InnoVEX.

On June 7, Japan's largest tech forum Infinity Ventures Summit will lead Japanese corporations and startups on a tour through TTA. In addition, TTA will assist in engaging domestic venture capitalists' participation in a pitch event held at the Dutch Pavilion at InnoVEX to encourage more collaboration between TTA and the Dutch startup ecosystem. In the evening, the "France-Holland Innovation Night" will be held at TTA to facilitate the exchange of resources between Taiwanese and European startups.

On June 8, the ARM Innovator Tour will take place at TTA, gathering the best of maker talents in AI, robotics and IoT to present their ideas to the world.