By adding the name "Kolon," the new corporate identity recognizes the patient but committed support and effort by its parent company and major shareholder, the Kolon Group 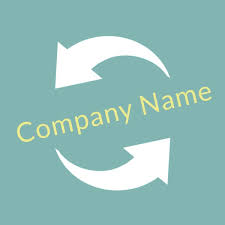 TissueGene, Inc. a leader in advanced cell and gene therapies targeting osteoarthritis (OA) announced the completion of the change of its corporate name to "Kolon TissueGene, Inc."

The name change signifies the Company's renewed purpose in moving rapidly to regulatory approval of a first-in-class cell and gene therapy for treating OA of the knee, with a global focus on bringing to market medicines addressing serious and debilitating diseases.

By adding the name "Kolon," the new corporate identity recognizes the patient but committed support and effort by its parent company and major shareholder, the Kolon Group, since the founding of the Company in 1999.

Founded in 1954, the Kolon Group is a South Korean conglomerate consisting of 40 domestic companies and 26 overseas subsidiaries in a broad range of strategic industries, including chemicals, materials, construction, fashion, and more recently, biotechnology.

The Company has focused its efforts on developing Invossa™, a first-in-class cell and gene therapy drug designed to conveniently and effectively treat osteoarthritis of the knee through a single intra-articular injection.

Through its national US Phase III clinical trials, the Company will be using the results to seek a DMOAD designation for Invossa™ from the US Food and Drug Administration (FDA), potentially making Invossa™ the first and only cell and gene therapy for osteoarthritis of the knee.