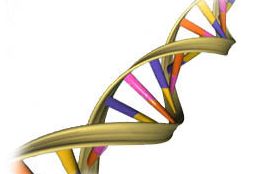 Singapore: Scientists at A*Star's Genome Institute of Singapore (GIS) and US-based Stanford University's School of Medicine have successfully produced one of the first ever genome-wide views of Ribonucleic acid (RNA) shape patterns in humans.

The visualization of RNA shape paves the way for scientists to better understand the basis of human mutations, the impact of gene regulation and the causes of diseases.

RNA is one of the major molecules in the cell that functions by folding into complex shapes. Not much is known as to why disruptions in RNA folding from mutations affect RNA's shape and function. Disruptions in RNA shape in human transcriptomes can have serious consequences towards human health, with implications in cancer and other genetic diseases. While many mutations are known to be the cause of diseases, not much is known about mutations that stems from affected RNA shapes.

GIS Fellow and first author Dr Wan Yue said, "Studying the impact of human variations on global RNA structure is the first step towards understanding the contribution of structural mutations in human diseases." Professor Sir David Lane, A*STAR chief scientist stressed the significance of Dr Wan Yue's research, "Today, scientists around the world are rapidly realising the significant impact of RNA mutation on human health. The GIS study on RNA shape patterns leads the global charge among scientists in unravelling the mystery linking RNA mutation to the causes of diseases."

Scientists have long been interested in the function of the RNA and on its ability to fold into diverse shapes to execute their respective functions. However, RNA structure probing had been a slow and tedious process, taking many days to obtain the secondary structure of a single RNA. In order to understand the nature of many RNAs in a cell, structure probing has to be done across hundreds or thousands of RNAs over a short time - a task previously thought impossible. The scientists at GIS and Stanford made it possible by scaling up RNA structure probing with the coupling of tradition probing and engaging a unique high throughput sequencing technology that allowed tens of thousands of nucleotides to be read simultaneously.