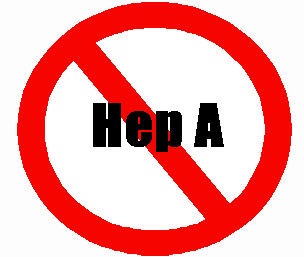 Singapore: A study conducted in Singapore has revealed that people, who travel to high risk areas associated with infectious diseases, are increasingly getting infected by the Hepatitis A virus (HAV). The virus is the most common travel-related disease infection, second only to travellers' diarrhoea. The virus is excreted in faeces and transmitted through contaminated food and water. A person is infectious for two-to-three weeks before he or she starts experiencing the symptoms.

Although Singapore is located in a region highly endemic for HAV infection, pre-travel HAV vaccination remains low among Singaporean travelers. A local study titled 'The Changing Epidemiological Patterns of Hepatitis A Infection in Singapore', has revealed that nearly 60 percent of HAV cases seen in Singapore between 1999 and 2009 were imported.

Over the last seven years, the number of imported cases stayed consistently above 50 percent. Of these cases, most were Singapore residents, who contracted the disease from countries they visited in South East Asia and/or the Indian sub-continent.

Furthermore, in 1993, only 2.5 percent of the people tested below 25 years had the HAV antibody, which means that the majority of people in Singapore are not protected against HAV and are thus at risk of contracting the disease infection.

Dr Leong Hoe Nam, an infectious disease doctor at Raffles Hospital said, "Many people are ignorant of the health risks of HAV, particularly for patients with chronic liver disease. Severe HAV infection in these individuals may lead to acute liver failure and even death. For the vast majority of other patients, the illness is debilitating for weeks. It is the perfect way to affect an otherwise beautiful holiday. Vaccination is highly recommended when travelling or living in areas where HAV is endemic. This will be in most parts of Asia, including our neighbouring countries in South East Asia."