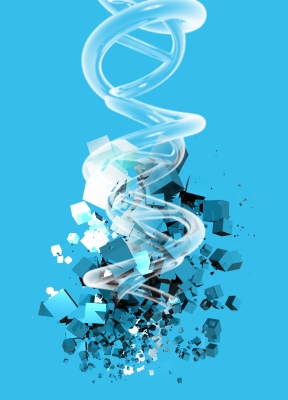 Austrianova has developed a technology for encapsulation of living mammalian

Singapore: Singapore-based Austrianova's encapsulated cell technology has demonstrated to treat pancreatic cancer in a phase 2 study, according to a paper published in Biotech Journal Pharmaceutics.

Austrianova has developed a technology for encapsulation of living mammalian (Cell-in-a-Box) that protects the encapsulated cells from rejection by the immune system, allows cells to be easily transported, stored and implanted at specific sites in patients. The technology has been proven safe and efficacious in clinical trials carried out in Europe and allows companies to develop any kind of cells as a one-for-all living pharmaceutical.

The results from a new previously unreported phase 2 multicentre clinical trial were presented and were compared with data from the first clinical trial previously published in The Lancet and Cancer Therapy. In both trials encapsulated cells were used to allow lower doses of chemotherapy to be used for effective treatment of pancreatic cancer while minimizing the usual side effects.

The newly published data from the phase 2 multicentre trial confirmed the results obtained in the previous trial and also confirmed the dose of chemotherapy administered in that trial.

The trial also demonstrated that the procedure could be performed in four independent clinical centres located in two different countries. The survival data from these trials compares favourably with recently developed treatments for pancreatic cancer like abraxane and FOLFIRINOX, showing similar efficacy but with less toxicity. Austrianova partner, Nuvilex will aim to provide additional clinical evidence in their upcoming clinical trials.

Mr Brian Salmons, CEO, Austrianova stated "This publication summarizes the clinical experience that has been obtained using encapsulated cells in combination with low dose chemotherapy for the treatment of pancreatic cancer in a total of 27 patients and forms the basis for future trials. We are pleased that the data has been published in the rigorously peer-reviewed, international journal Pharmaceutics".

Mr Walter H Gunzburg, chairman and CTO, Austrianova said "Pancreatic cancer is a devastating disease. This data strongly supports the use of encapsulated cells as an effective tool in the oncologists arsenal, while at the same time providing a low toxicity treatment option for patients. We look forward to working together with Nuvilex, with the help of the Thailand Center of Excellence for Life Sciences (TCELS), to bring this technology into further trials so it becomes mainstream clinical practice as quickly as possible."