Soon, malaria diagnosis will take less than a minute 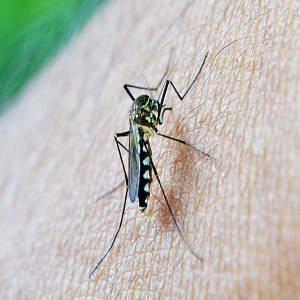 Singapore: In a breakthrough discovery, researchers at the Singapore-MIT Alliance for Research and Technology (MIT) have designed a magnetic resonance imaging-like (MRI) technique to fast track the detection of malaria infection in humans.

The new diagnostic test is an affordable and quick technique that can detect parasitic waste products in the blood of an infected patient.

Mr Jongyoon Han, professor, MIT, said, "The diagnosis is based on a naturally occurring biomarker and no specific biochemical processing of the sample is needed." The procedure is minimally invasive and requires only about 10 microliters of blood, which can be obtained with a finger prick, he said.

He added that in contrast to the conventional qualitative diagnostic procedure, the newer method would quantify the number of parasites in the blood which would help in measuring the severity of the disease.

Mr Han explained that malaria parasite plasmodium feeds on hemoglobin and breaks it down to iron. This iron generates weak magnetic fields that can be captured by the instrument. For the study, researchers used a 0.5 Tesla magnet. This magnet was much less powerful, and cheaper, than the 9.4 Tesla magnets used in MRI machines, which can cost $2m