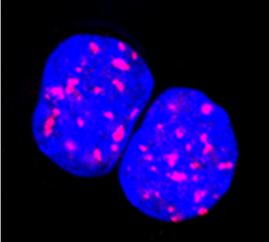 Singapore: A team of scientists at National University of Singapore (NUS) have discovered that a drug originally designed for killing a limited type of cancer cells with DNA repair defects could potentially be used to treat leukaemia and other cancers.

Led by Professor Motomi Osato and Professor Yoshiaki Ito, research associates from Cancer Science Institute of Singapore (CSI Singapore), the new study suggests that treatment with poly (ADP-ribose) polymerase (PARP) inhibitors, together with standard chemotherapy drugs, could be more effective in combating leukaemia. In the same study, researchers found that the inactivation of RUNX genes cause DNA repair defects and promotes the development of leukaemia and other cancers.

Unlike other cancers which are more commonly seen in the elderly, leukaemia is notorious for its high prevalence among young people. There has been little advancement in the treatment of leukaemia. Chemotherapy with or without hematopoietic stem cell transplantation remains the current standard of care, resulting in a cure rate of around 50 per cent. The RUNX family genes are among the most frequently inactivated genes in leukaemia and other cancers. According to previous studies, RUNX1 is one of the most frequently mutated genes in leukaemia and RUNX3 is associated with the development of the disease.

In this study, the research team also showed the link between the RUNX family genes and the pathway of a rare human congenital disease called Fanconi anemia for the first time. The disease is caused by mutations in one of the 15 genes responsible for the repair of a specific type of damaged DNA. In the early stages of this study, the researchers found that RUNX deficiency resulted in an inability to produce blood cells and a massive expansion of abnormal hematopoietic cells. They recognised that these clinical manifestations are symptoms of Fanconi anemia and started investigating RUNX functions in this DNA repair pathway.

Further research showed that RUNX proteins play a critical and central role in the Fanconi anemia pathway by facilitating the recruitment of a protein involved in the repair of DNA damage called FANCD2 to sites of DNA damage. This previously unknown relationship between RUNX and Fanconi anemia prompted the research team to test the possibility that PARP inhibitors, a drug originally designed for killing a limited type of cancer cells with DNA repair defects, could be applied in the treatment of leukaemia and cancers with RUNX alterations. These types of cancer were previously not thought to have DNA repair defects. The researchers demonstrated that the drug was effective in the treatment of leukaemia and other cancers in cell culture experiments.

Dr Osato said, "Common sense is often a veil that keeps us from understanding the truth. PARP inhibitors have been with us for quite some time, but nobody has realised their application for leukaemia. Our study has shed light on the possibility of a more effective treatment using a combined therapy with PARP inhibitors which can potentially be extended to other types of common cancers."

The team is currently conducting further drug efficacy testing with xenograft models, as a preclinical study.