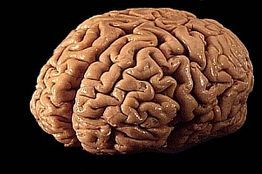 The NNRIS will be Singapore's largest institute specializing in neuroscience research, bringing together more than 200 neurologists, neuroscientists and research professionals from NNI and Duke-NUS to work in collaboration. The institute will consolidate expertise from the two organizations' neuroscience research programmes, integrate research resources for common use, as well as develop a new research facility for neurobehavioural experiments. These will yield a more targeted, focused approach to neurological research in Singapore.

In light of Singapore's rapidly ageing population where age-associated diseases like dementia, Alzheimer's disease, Parkinson disease and stroke are on the rise, it is expected that the work of the NNRIS will play an integral role in helping to address neurologic disease management and treatment. About 28,000 Singaporeans aged 60 and above suffer from dementia now and this number is projected to increase to 80,000 by 20301. A study in 2005 also revealed stroke prevalence of close to four per cent among Singaporeans aged 50 years and above.

"NNRIS, which comprises the single largest entity of neurologists, neurosurgeons, neuroradiologists and neuroscientists, represents Singapore's first concerted step to tackle neurological problems and to look for practical solutions for our patients in the face of our ageing population and the rising incidence of neurological diseases," said Professor Lee Wei Ling, director, NNI. "It should form the national nucleus to drive novel initiatives with the ultimate objective of improving the quality of life for those affected with neurological disorders."

Successful collaborations under the NNRIS bring together clinicians in the hospital with neuroscientists. One example is a study on refining brain imaging techniques to diagnose dementia in its early stages. Currently, reliable diagnosis of early-stage dementia is difficult as existing brain imaging techniques have limited ability to detect brain degeneration in its initial stages. Yet, early detection and accurate prognosis of dementia are critical for medical intervention and treatment.

Facilitated by the NNRIS, NNI doctors formed a team with Duke-NUS' neuroimaging and genetics researchers to find a solution. By integrating NNI's clinical experience with Duke-NUS' strengths in brain imaging studies and capabilities in gene expression in dementia, the team is now exploring the use of a combination of both structural and functional magnetic resonance imaging (MRI) methods to detect brain degeneration in patients with early stage dementia or mild cognitive impairment conditions.

"The NNRIS helped connect the dots for this research by bringing together like-minded, multidisciplinary expertise," said Dr Nagaendran Kandiah, co-principal investigator of the study and consultant, department of neurology, NNI. "If left to the forces of 'nature' to take place, such a good collaborative fit may not have happened till a decade later."

Dr Nagaendran and the other co-principal investigator of the study, assistant professor Helen Juan Zhou from Neuroscience and Behavioural Disorders Programme at Duke-NUS, plan to study 450 subjects using multimodal neuroimaging methods over a three-year period. Until date, 100 participants have already been recruited. In the next phase of their research, the team is looking at a further collaboration with another Duke-NUS collaborator to look at how microstructural changes in blood vessels influence development of dementia.

While the NNRIS is focused on fostering research collaborations and developing core facilities and resources to meet local neuroscience research needs, it will also drive collaborations with global scientists and industry players.

"The critical mass of talent and resources at the NNRIS makes it fertile ground for scientific discoveries and medical breakthroughs," said Professor Ranga Krishnan, Dean of Duke-NUS. "Doctors and researchers across the neuroscience field can now collaborate easily to turn pertinent clinical observations into research that leads to practical solutions for patients."