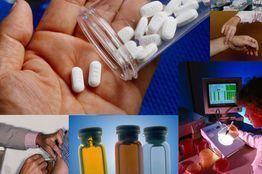 Singapore: Pharmaceutical product protection, which includes security of high-value shipments and product spoilage prevention, is the top challenge for healthcare executives in Asia, according to UPS's "Pain in the (Supply) Chainâ€ healthcare survey.

â€œDeveloping markets in Asia face varying degrees of infrastructural development, as well as rapid growth rates and non-harmonized regulations, all of which may have contributed to the concerns raised,â€ said Mr. Lim Bee Koong, director, healthcare strategy, UPS Asia Pacific.

â€œUPS's dedicated facilities with its full range of temperature controlled environments are equipped with technologies and processes to ensure business continuity. We place significant effort in this area, putting UPS at the forefront of product protection.â€

Along with ensuring product protection, regulatory compliance remained a top concern among all executives surveyed (70 percent of Asian respondents). Consistent with other geographies, healthcare companies in Asia are making strategic moves to invest in technology, develop more partnerships with third party logistic providers, and increase internal expertise to help them address compliance.

The survey revealed that Asian healthcare executives are still grappling with supply chain issues compared to their counterparts in North America, Western Europe and Latin America. These issues include product security, gaining access to global markets and new business channels; suggesting that there is a gap where third party logistic providers can step in to support with tailored solutions.

Despite this gap, Asian healthcare executives are globally the most optimistic about the economy, with only 31 percent reporting that they are still feeling the effect of the recent years' downturn (compared with North America - 57 percent; Western Europe - 47 percent; and Latin America - 69 percent). Among the Asian respondents, 74 percent are also planning to expand globally in the next five years. Consistent with 2012's results, China, India, Brazil and the United States are the top four countries targeted for global expansion and investment in new technologies remains on top of the list for companies to improve competitiveness and enhance efficiency.

â€œIndustry experts estimate 25 percent of healthcare products are time and temperature-sensitive and require specific cold-chain transportation and storage,â€ Mr. Lim added. â€œTo protect these high-value products, manufacturers are looking to invest in technology and in third party logistic providers. We have invested heavily in temperature sensitive services such as UPS Temperature True® which helps maintain shipment visibility and integrity, ensuring that shipments arrive in perfect condition.â€