Lysins, which are enzymes produced by bacteriophages, have shown promising potential as an alternative to antibiotics, especially against drug-resistant bacteria 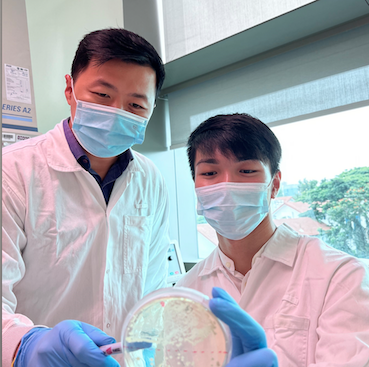 Researchers from the Antimicrobial Resistance (AMR) Interdisciplinary Research Group (IRG) at Singapore-MIT Alliance for Research and Technology (SMART), MIT’s research enterprise in Singapore, alongside collaborators at Nanyang Technological University, have identified a novel phage lysin – Abp013 – that could be used as an alternative antimicrobial agent against two of the most deadly bacteria: Acinetobacter baumannii and Klebsiella pneumoniae. The study is supported by the National Research Foundation (NRF) Singapore, under its Intra-CREATE Collaborative Seed Grant.

Lysins, enzymes produced by bacteriophages, have displayed great potential as a novel class of antimicrobials as their properties allow them to quickly and directly target key structural components of a bacteria’s cell walls, and in doing so, reduce the bacteria’s ability to develop resistance.

The study showed that Abp013 displayed good permeability and killing activity against multiple Acinetobacter baumannii and Klebsiella pneumoniae strains, even when they are in a more complex environment in which typical lysins are ineffective.

Acinetobacter baumannii and Klebsiella pneumoniae are superbugs responsible for a multitude of potentially life-threatening infections, such as pneumonia and meningitis, especially among the ill and immunocompromised.

Moving forward, the researchers will further investigate the crystal structure of this novel lysin and understand its unique underlying mechanisms. These will open the possibility of swapping or merging the lysin’s components with other lysins or antimicrobial components to spur the engineering of Gram-negative lysins with superior potency, and lead to the development of alternative therapeutic agents that can resist the resistance.