Singapore reveals why chemotherapy fails for some blood cancer patients 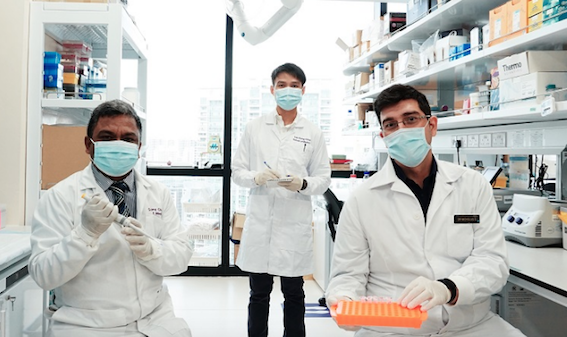 Mutations in a crucial gene are the key reason that chemotherapy fails in some patients with blood cancer, a study by Nanyang Technological University, Singapore (NTU Singapore) and Singapore General Hospital (SGH) has found.

Lymphoma, a type of blood cancer, is the fifth most common cancer among males and the sixth most common cancer for females in Singapore, according to latest data from the Singapore Cancer Registry. Broadly divided into Hodgkin lymphoma and non-Hodgkin lymphoma, the cancer is often treated with chemotherapy regimens. However, majority of patients with aggressive forms of non-Hodgkin lymphoma do not respond to traditional therapy, and a sub-group of patients who respond initially go on to relapse and progress to fatal outcomes.

The researchers scrutinised the publicly available genetic database of over a thousand UK patients. In addition, the research team analysed a total of 167 non-Hodgkin lymphoma specimens from patients in the UK in collaboration with research groups at the University of Cambridge, UK.

Through advanced gene sequencing technology, the research team mapped cancer causing gene abnormalities from samples of patients whose chemotherapy failed. They found that mutations in the gene DDX3X - a type of protein responsible for processing and transmitting signals for cell growth – is the possible culprit behind cancer cells’ resilience. This was later confirmed using cutting-edge molecular techniques.

Clinicians may in future be able to test for such mutations to have a better gauge of chemotherapy outcomes for patients with non-Hodgkin lymphoma.