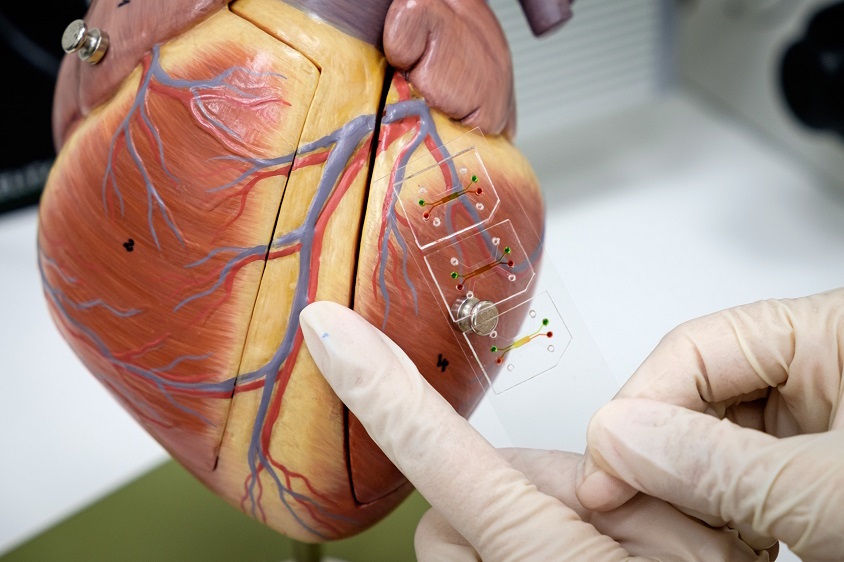 Called an “arterial wall-on-a-chip”, it will help researchers study atherosclerosis, a condition in which cholesterol and inflammatory cells form a plaque on blood vessel walls that results in the vessels narrowing and constricting blood flow, leading to cardiovascular diseases.

This 3D model resembles a sandwich. It comprises a 3D culture of vascular smooth muscle cells, a soft gel layer in the middle, and a layer of endothelial cells that line the inside of the heart and blood vessels. This last layer controls the exchange of molecules between the bloodstream and the surrounding tissues.

The team now plans to conduct more experiments to further improve the modelling using their new chip and to use it to study other vascular diseases, in addition to atherosclerosis at varying stages of development.