The team has since filed a patent for a pressure device, which looks like a vice-like clamp for the skin 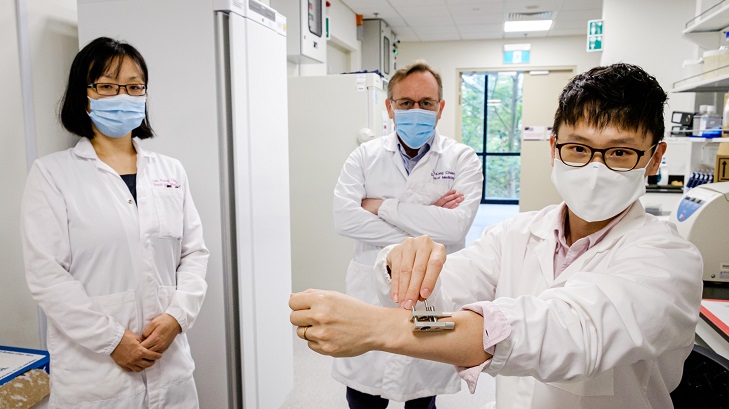 Scientists from Nanyang Technological University, Singapore (NTU Singapore) and the Agency for Science, Technology and Research (A*STAR) have showed that applying “temporal pressure” to the skin of mice can create a new way to deliver drugs.
In a paper published in Science Advances, the researchers showed that bringing together two magnets so that they pinch and apply pressure to a fold of skin, led to short term changes in the skin barrier and specifically the formation of “micropores” underneath its surface.
In tests, they showed that these micropores, of about 3 micrometres in area, allowed drugs applied on the surface of the skin to diffuse through it more easily.
Six times greater quantity of drug diffused through the skin of mice with the micropores compared to the skin of mice which did not receive the temporal pressure treatment.
This multidisciplinary project, supported by the Skin Research Institute of Singapore (SRIS) – a collaboration between A*STAR, National Skin Center (NSC) and NTU, took two years and is continuing.
It is also supported by multiple grants from various agencies, which include A*STAR, SRIS, and the National Medical Research Council.
The team has since filed a patent for a pressure device, which looks like a vice-like clamp for the skin, through NTU’s innovation and enterprise company, NTUtive, and is currently carrying out further experiments to refine the drug delivery mechanism.