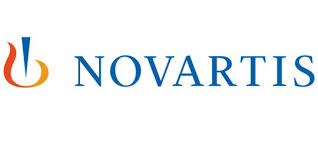 The MONALEESA-2 study demonstrated a significantly longer duration of progression-free survival by reducing risk of disease progression or death by 43% among those receiving Kisqali in combination with letrozole, compared to letrozole alone in postmenopausal women who had received no prior therapy for advanced breast cancer. As early as eight weeks after starting treatment, Kisqali was associated with an earlier and sustained tumor shrinkage and reduction in pain. 3 out of every 4 (76%) patients receiving Kisqali in combination with letrozole saw a reduction in tumor size, as compared to 67% of the patients receiving letrozole alone.

“The MONALEESA-2 study has proven that Kisqali in combination with letrozole helps to shrink the tumor more effectively, and patients may experience better relief of symptoms such as pain. This is a significant breakthrough that promises to improve the outcomes for patients with advanced breast cancer, keeping the tumour under control for longer duration than antihormone treatment alone” said Dr Yap Yoon Sim, Senior Consultant, National Cancer Centre Singapore, principal investigator of MONALEESA-2 study and Global Steering Committee
member.

Following the approval by the US Food and Drug Administration (FDA) in March 2017, Kisqali, in combination with aromatase inhibitor was added to the National Comprehensive Cancer Network Clinical Practice Guidelines in Oncology (NCCN Guidelines) as a category 1 treatment option for HR+/HER2- post postmenopausal metastatic breast cancer patients. With this therapy approved for use in 45 countries around the world, including Singapore, the United States and European Union member states, the manufacturing plant in Novartis Asia Pacific headquarters located at Tuas Biomedical Park, in Singapore has been designated to manufacture the drug for supply worldwide.

Advanced or stage IV metastatic breast cancer is the most advanced stage of breast cancer that has spread beyond the breast to other parts of the body, such as brain, bones or liver. Treatment at this stage is not curative but aims at improving quality of life and prolongation of life.

Among 9 Singaporean patients from the National Cancer Centre Singapore who were enrolled in the MONALEESA-2 study was Christina Ng, “I was diagnosed with advanced breast cancer in 2014 after a scan revealed cancerous nodules in my lungs. At the point of the diagnosis, I was experiencing excruciating pain in my underarm which rendered me
immobile at times because the pain could last up to more than an hour each time it occurred. With a leap of faith, I decided to take part in the Clinical Trial in August 2014 after my doctor told me about it. The results have been very heartening. The mass at my underarm has shrunk by 90% and I no longer experience the pain. I am very grateful to have the time to do the things I enjoy and for all the moments with my husband and two children.”

With novel treatment option such as Kisqali in combination with letrozole, it enhances the effectiveness of endocrine therapy in advanced Stage IV breast cancer, and delay the development of resistance in advanced breast cancer to improve outcomes for patients.

As part of the robust MONALEESA clinical trial program, Novartis continues to assess the safety and efficacy of Kisqali plus letrozole with an expanded patient population.

Approximately 60 breast cancer patients in Singapore – which includes 9 Singaporean patients from the MONALEESA-2 study – were treated with Kisqali in various clinical trials across multiple disease subtypes and study sites in Singapore.