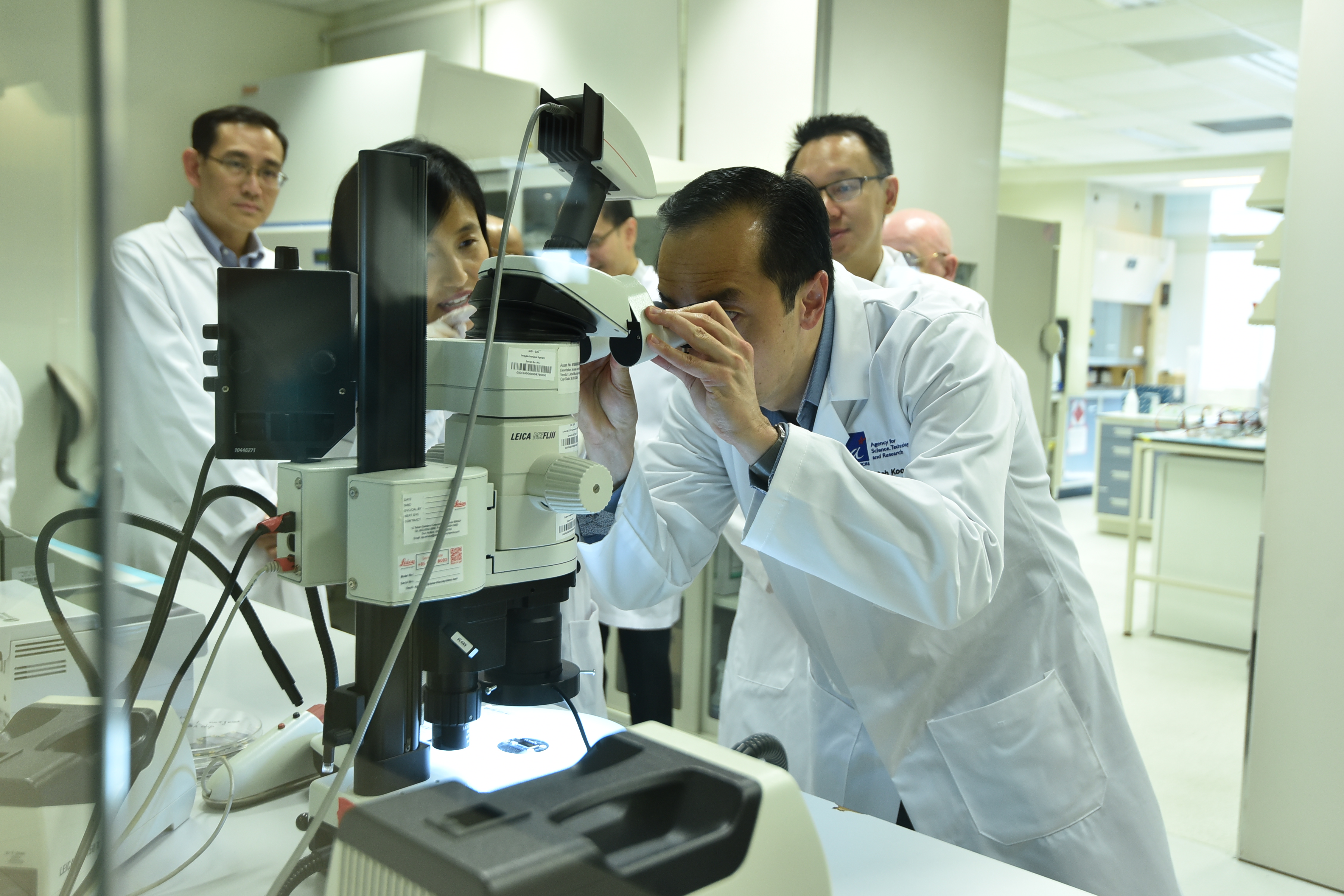 Visiting the joint lab between A*STAR’s GIS and One BioMed, an A*STAR spin-off which specialises in molecular diagnostics. Pictured next to SMS Koh Poh Koon is Dr Park Mi Kyoung, Founder and CTO, One BioMed

Singapore – Singapore’s Senior Ministers of State Dr Koh Poh Koon and SPS Dr Tan Wu Meng were present for a round-off session at the A*STAR’s Genome Institute of Singapore (GIS) on 6th July, 2018 to share the latest unpublished numbers on the progress of Singapore’s Biotech ecosystem. Founders of local biotech startups as well as A*STAR Senior Leadership were also present at the event. A few key highlights shared on the day are:

1. A*STAR has played a key role in fostering the growth of the local ecosystem in a variety of ways by nurturing start-ups; spinning off companies; working with industry on joint research and co-development projects; transferring talent to companies; and licensing IP.

2. Biopolis has been playing the important role of incubator and accelerator for biotech startups. This has resulted in the local biotech ecosystem gaining good momentum.

3. The rapid growth of the local biotech ecosystem helps position Singapore as a hub for biomedical sciences in Asia. A*STAR’s deep research capabilities in Asian-specific diseases is complemented by a vibrant community of biotechs developing a strong pipeline of therapeutics and diagnostics.