This year’s line-up of speakers included some of the brightest minds in the areas of artificial intelligence, quantum computing, robotics, automation, future cities, space and aerospace innovation, augmented and virtual reality, and bioengineering. 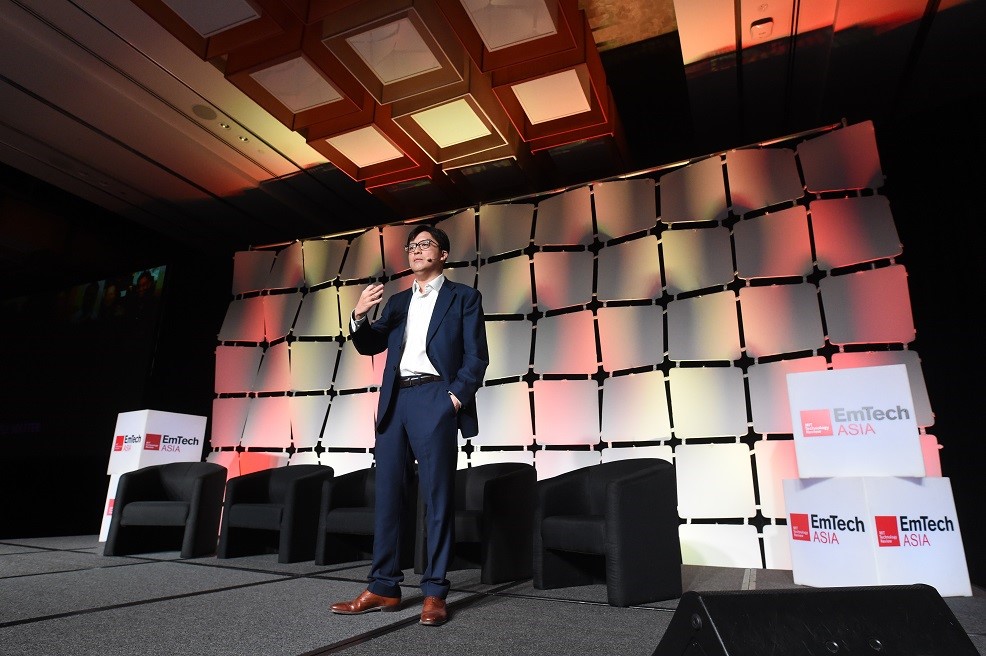 Singapore – The fifth edition of EmTech Asia, co-organised by MIT Technology Review and Koelnmesse Pte Ltd, concluded on a high note after two days of stimulating and insightful discussions on the latest breakthroughs in science and technology. Held from 30 to 31 January at the Marina Bay Sands Expo and Convention Centre, EmTech Asia was attended by over 700 like-minded individuals from 21 countries. This year’s line-up of speakers included some of the brightest minds in the areas of artificial intelligence, quantum computing, robotics, automation, future cities, space and aerospace innovation, augmented and virtual reality, and bioengineering.

“Singapore is fully committed to develop a conducive ecosystem for innovators to work together through events like EmTech Asia to foster the exchange of ideas. We also develop initiatives for experimentation such as regulatory sandboxes, to provide innovators with a great space to work on next generation challenges. To IMDA, we value collaboration and experimentation as vital enablers in developing Singapore's digital economy," said Zee Kin Yeong (pictured), Assistant Chief Executive, Infocomm Media Development Authority (IMDA) and Host Partner of EmTech Asia.

This year’s conference featured a session on quantum computing with Joseph Fitzsimons, Assistant Professor, Singapore University of Technology and Design. His presentation delved into the development of quantum computers and their uses, along with the challenges and opportunities facing the development of quantum software. Hans Tung, Managing Partner - Silicon Valley, GGV Capital, spoke about the lessons that global entrepreneurs can learn from both the United States and the fast-growing tech scene in China.

EmTech Asia 2018 also featured a session on Maximising Human Potential in the Age of AI, presented by Vivienne Ming, Cofounder and Managing Partner, Socos. Ming discussed the effect of systemic bias and advancements in AI on human capital, along with ideas about bias and human potential in education and the workplace. Other sessions include Innovating Towards an All-Electric Future by Donald Sadoway, John F. Elliott Professor of Materials Chemistry, MIT, who discussed the challenges and benefits of innovations in batteries.

“The quality of the speakers at EmTech Asia 2018 is amazing. Every speaker brings a different perspective and hearing multiple speakers in every single topic allows you to get a very balanced view, which I believe is more important than any one particular speaker," said Alvin Wang Graylin, China President of Vive, HTC and EmTech Asia 2018 speaker.

Various sessions on space and aerospace innovation were featured as well, including a session on Small Sats to LEO, on the Cheap, by Adam Gilmour, CEO, Gilmour Space Technologies, who discussed the business of the small satellite industry and how his company is developing low-cost small launch vehicles, specifically for the fast-growing market. Other sessions include a presentation on aerospace systems by Olivier de Weck, Senior VP for Technology Planning and Roadmapping, Airbus. His presentation, Modeling and Shaping Technological Progress in Complex Aerospace Systems, covered the theories behind technological progress and how new efforts by Airbus help shape the Future of Flight.

MIT Technology Review’s 10 Innovators Under 35 in Asia-Pacific also took to the stage to share their ground-breaking research and inventions. Anjali Jaiprakash, Advance Queensland Research Fellow, Queensland University of Technology, said, “Being an Innovator Under 35 honouree has given me a great platform to network and understand how to get technologies to market. It’s absolutely wonderful to meet inspiring and successful people that are making an impact in this ever-changing world.”