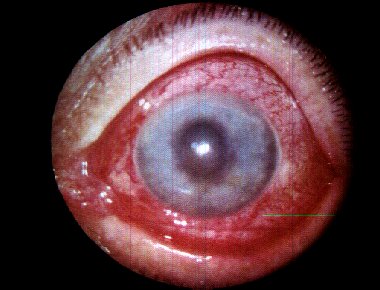 Singapore: Singapore scientists have identified three new genes associated with primary angle closure glaucoma (PACG), a leading cause of blindness in Chinese people. The discovery has been published in the scientific journal, Nature Genetics.

The research was conducted collaboratively by scientists from the Singapore Eye Research Institute (SERI), Singapore National Eye Center (SNEC), Genome Institute of Singapore (GIS), National University of Singapore (NUS), National University Hospital's Department of Ophthalmology and Tan Tock Seng Hospital. While SERI is the national body for ophthalmic and vision research in Singapore based at SNEC and NUS, GIS is a research institute under the umbrella of the Agency for Science, Technology and Research (A*STAR), Singapore.

The team of scientists led an international consortium that carried out a genome-wide association study (GWAS) of 1,854 PACG cases and 9,608 controls of over five sample collections in Asia. They performed validation experiments in another 1,917 PACG cases and 8,943 controls collected from a further six sample collections from around the world. A total of 1,293 Singaporeans with PACG and 8,025 Singaporean controls were enrolled in this study. This work is the first to study PACG genetics using a genome-wide perspective.

Professor Aung Tin, who is the lead principal investigator; senior consultant and head, glaucoma service, SNEC; deputy executive director, SERI; and professor, ophthalmology, NUS, said that, "It is a major achievement for our Singapore team leading the largest international consortium of doctors and scientists involved in glaucoma research. The results may lead to new insights into disease understanding and open the possibility of novel treatments in the future as well as the potential of early identification of people at risk of the disease."