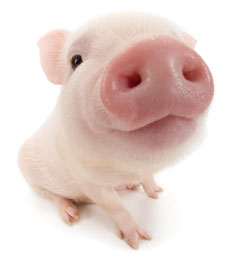 Singapore: Living Cell Technologies (LCT) has received ethical approval from the New Zealand Ministry of Health's Health and Disability Ethics Committee to proceed with phase I clinical trials of NTCELL for Parkinson's disease.

"We are extremely pleased to have received ethical approval in such an efficient timeframe", says Ms Andrea Grant, CEO, LCT, "It means that LCT is still on track to commence NTCELL's first in-human trials during the first quarter of 2013."

New Zealand's medicines safety authority, Medsafe, has already given regulatory authorization to the firm to proceed with trials in October. The phase I trials will be one open label investigation of the safety and clinical effect of NTCELL in people with Parkinson's. The study will last up to 60 weeks and involve patients that have been diagnosed with Parkinson's for at least four years.

The treatment being trialled involves transplanting choroid plexus cells from the Auckland Island pig herd into the brain. Choroid plexus cells are naturally occurring support cells for the brain and when transplanted can help protect the brain and repair damaged nerve tissue. These cells will be encapsulated with Living Cell Technologies' IMMUPEL, to prevent the immune system from rejecting them as foreign. Trial patients will receive either NTCELL treatment or the current gold standard of treatment for their symptoms, deep brain stimulation.

The results of pre-clinical studies showed an increase in dopamine producing neurons, improvements in movement and neurological defects, together with good tolerance with no evidence of inflammation or other adverse reaction. The improvements were seen within two weeks and lasted for at least six months, the trial endpoint. Living Cell Technologies is targeting patients with mid-stage Parkinson's disease, representing a market of around 1.6 million patients. NTCELL will also be useful in a range of other diseases, further expanding the market potential of the treatment. The company expects to file for registration of NTCELL in 2018.