It is now 17 days since the last new case was reported in New Zealand. 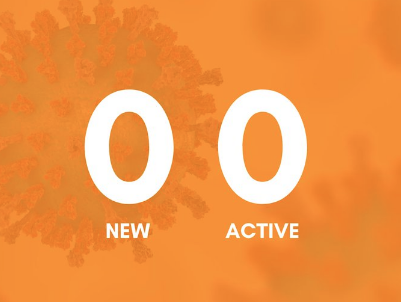 Ministry of Health is very pleased to report no active cases of COVID-19 in New Zealand.

The Ministry has been notified by Auckland Regional Public Health that its remaining case has been symptom free for 48 hours and is regarded as recovered. The person has now been released from isolation.

Their case had been linked to the St Margaret’s Hospital & Rest Home cluster in Auckland.

“This is really good news for the person concerned, and it’s also something the rest of New Zealand can take heart from,” says Director-General of Health Dr Ashley Bloomfield.

“Having no active cases for the first time since February 28 is certainly a significant mark in our journey but as we’ve previously said, ongoing vigilance against COVID-19 will continue to be essential."

In this instance the individual was listed earlier on as a probable case but was removed when they tested negative for COVID-19. Then at a later date when they again became unwell, they tested positive. They were then included in the national tally as a confirmed case.

Further analysis confirmed that they did not have a COVID-19 infection the first time around and our reporting now reflects that more accurately. The data table on the Ministry website has changed to reflect the date that they were confirmed as being infected.

It is now 17 days since the last new case was reported in New Zealand.

The total number of confirmed cases remains at 1,154, which is the number reported to the World Health Organization.

The combined total of confirmed and probable cases remains at 1,504.

There are no additional deaths to report.

There is no one in New Zealand receiving hospital-level care for COVID-19.