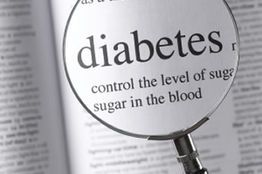 Singapore: Boehringer Ingelheim and Eli Lilly and Company have presented their results from two randomized phase III clinical trials evaluating the 'efficacy and safety of linagliptin in Asians'. As per the results found, Asians from China, Malaysia and Philippines with type 2 diabetes treated with linagliptin, both as monotherapy and in combination with metformin, achieved improved blood glucose control when compared with placebo.

The data, which was presented at the American Diabetes Association 73rd Scientific Sessions (ADA), pointed out that more than 60 percent of the world's diabetic population will reside in Asia by 2030.

"Adults of Asian descent with type II diabetes tend to develop the condition at a younger age than those from Western populations, regardless of their body weight. The results of these two studies continue to support use of linagliptin in Asian adults with type II diabetes," said Dr Christophe Arbet-Engels, vice president, metabolic-clinical development and medical affairs, Boehringer Ingelheim.

"People with type 2 diabetes in Asia tend to suffer longer with the complications of type 2 diabetes and have a lower life expectancy when compared with people with diabetes from other regions. It is becoming increasingly important to find effective, safe and well tolerated treatments for Asian patients with type 2 diabetes. The results of these two trials have shown that linagliptin could become an important option for these patients," explained Professor Guang Ning, director and professor, Department of Endocrine and Metabolism, Shanghai Ruijin Hospital, China.

Linagliptin, which is marketed as Tradjenta tablets in the US, received approval in China during March this year.