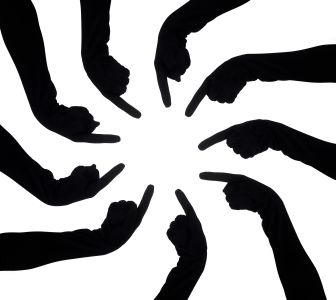 Guidelines on import, transfer, handling, and domestic use of living modified organisms can have significant impact on international trade

Singapore: The Global Industry Coalition (GIC) has come out with a tool to aid governments in implementing the Nagoya-Kuala Lumpur Supplementary Protocol (SP) on Liability and Redress to the Cartagena Protocol on Biosafety in association with CropLife International.

"The plant science industry has developed this implementation guide to assist countries that do not have existing mechanisms at the domestic level to address suspected damage to biodiversity from living modified organisms (LMOs) in the unlikely event such damage occurs," said Ms Sarah Lukie, executive director of The Compact and Executive Secretary of the Global Industry Coalition. "The guide is designed to aid governments in developing a system that conform to the Nagoya-Kuala Lumpur SP. Our goal was to use as much of the language from the SP as possible to create a document that is accessible to a broader public."

Ms Lukie said, "Very often during the negotiation processes, in order to achieve consensus among the participants, the final language may not be as straightforward as one would wish. The guide provides definitions of terms and provides examples of text which could be considered by a government to amend or create domestic law. We look forward to working with countries that intend to ratify and implement the SP and assisting them in their national efforts through use of this guide."

In a foreword to the publication, RenÃ© Lefeber and Jimena Nieto, co-chairs of the negotiations that led to the completion of the SP, state they "welcome the publication of this guide which, in our view, constitutes a valuable tool for governments to better understand and consequently better apply at the domestic level the provisions of the Supplemental Protocol." The SP was the culmination of a working group comprising government representatives, members of the academic sector, and non-governmental organizations engaged together in a dialogue in the context of the Cartagena Protocol on Biosafety. It was adopted in October 2010 at one of the largest intergovernmental meetings ever held on the safe use of modern biotechnology employed in the development of genetically modified crops. Its purpose is to provide uniform international rules and procedures on liability and redress for alleged damage to biodiversity resulting from LMOs.

Biotech crops are grown on 160 million hectares in 29 countries, including several major agricultural exporting countries. Guidelines on the import, transfer, handling, and domestic use of living modified organisms, including how to address damage to biological diversity, can have significant impact on international trade.