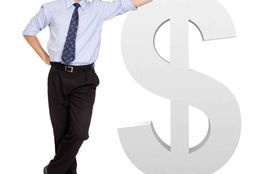 Johor: Malaysia-based life science institutions and companies entered into several partnerships during the recently held BioMalaysia, injecting investment of around $110 million (RM350 million) in the bioeconomy of the country.

Some of the key memorandums of understanding (MoUs) signed during the three-day Biomalaysia 2013, include deals between Bio-XCell, Stelis Biopharma and GE Healthcare; between Haemonetics and Sanmina; and between Amplio Ingredients and Pharma Foods International.

Malaysian Bio-XCell, India-based Stelis Biopharma and global firm, GE Healthcare signed a deal for the development of biomanufacturing industry in Malaysia. Stelis Facility at Bio-XCell is designed by Stelis together with GE Healthcare, who will supply integrated flexfactory solution disposable technology platform for the Stelis Facility. This project is worth $34.6 million (RM110 million) in total investments.

Furthermore, Haemonetics and Sanmina inked an exchange of business service agreement, summing an investment worth $37.8 million (RM120 million) for the manufacturing and assembling of HAE blood management electro-mechanical medical devices at Penang facility, to serve the global market.

Moreover, a technology transfer agreement between Malaysia-based Amplio Ingredients and Pharma Foods International was signed for setting up a biotechnology manufacturing plant in Malaysia for production of Ovopron defatted egg yolk powder and egg oil. This project is valued at $6 miliion (RM20 million).