Ranbaxy to set up $40 mn facility in Malaysia

Ranbaxy to set up Greenfield manufacturing facility in Malaysia 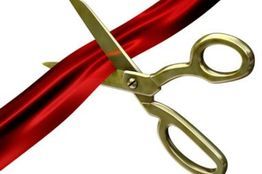 Ranbaxy to set up a Greenfield manufacturing facility in Malaysia

On the approval of the new manufacturing facility, Mr Arun Sawhney, CEO and MD, Ranbaxy, said that, "Ranbaxy has been providing high quality, affordable generic pharmaceuticals to the healthcare system of Malaysia for the last 30 years thereby helping the government to bring down healthcare costs. The setting up of a new manufacturing facility reinforces our commitment to the Malaysian market. In addition to serving the local market the facility will also export products to markets like ASEAN, Middle East, Europe, Sri Lanka, China and other select countries."

Commenting on the occasion, Mr Jeyabalan Thangarajah, MD, Ranbaxy Malaysia, said that, "We are pleased that the Government of Malaysia has approved Ranbaxy's investment in a new manufacturing facility and the project has been accorded entry point project (EPP) status under the Government Economic Transformational Programme (ETP)."

Ranbaxy Malaysia recently celebrated 30 years of successful operations in Malaysia. Earlier in the year, the company was awarded the 2012 Frost & Sullivan Malaysia Excellence Award for being adjudged the Malaysian Pharmaceutical Company of the Year in the Generics Drug Category.