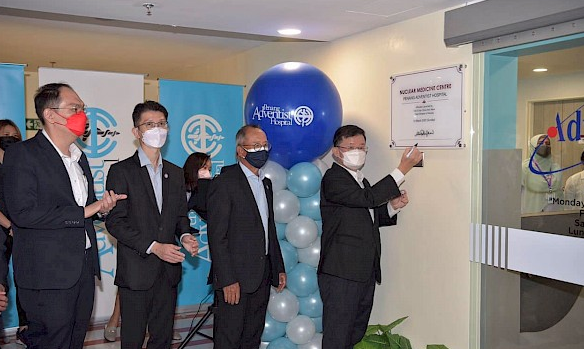 Penang Adventist Hospital (PAH), one of over 600 Adventist hospitals around the world, has launched the first full-fledged private Nuclear Medicine Centre in Northern Malaysia.

This development marks the beginning of greater milestones for the hospital, offering various diagnostic and medical procedures as it expands its services to its patients.

A Nuclear Medicine Centre is a facility that offers diagnostic and treatment procedures for certain kinds of illnesses, including diseases such as hyperthyroidism, thyroid cancer, lymphomas, bone pain as well as other types of cancer.

Alongside the launching of the Nuclear Medicine Center, Penang Adventist Hospital is also launching its Cancer Awareness Campaign which is designed to run for a year. With the theme, “Close the Gap”, the campaign aims to collaborate with twelve local assemblymen as Cancer Awareness Ambassadors.

While Malaysia is not expected to re-open its borders to the international market on until April 1, Penang Adventist Hospital will prepare to accept both local and international patients for nuclear medicine treatments as soon as possible.