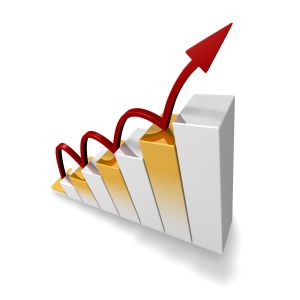 According to GBI Research, the next decade will bring about a paradigm shift in biomanufacturing technologies, with improvements in equipment efficiency and the introduction of novel therapies. In pharmerging countries such as India, China and South Korea, the emergence of biosimilars is being seen as a key macroeconomic factor for generating revenues by attracting foreign direct investment (FDI) in starting manufacturing units.

Single-use bioprocessing and microbial technologies to dominate
Pharmaceutical companies, in the process of standardizing production technology, are installing single-use bioprocessing gears at manufacturing locations. Biopharmaceutical manufacturers are increasingly shifting their focus to disposable bioprocessing equipment, which is mostly used in upstream manufacturing. The adoption of this equipment is in the initial stages, and GBI Research expects robust growth potential in the foreseeable future. This equipment is also finding application in preclinical and clinical trials.

Biosimilars in Asia
Emerging economies, such as India and China, have developed regulatory approval guidelines which are relatively less stringent than their western counterparts. Lenient regulations and tax incentives during the initial industrial phase attracted industry players to operate in the region. For example, major supporters of the biopharmaceutical industry in India, such as Biocon and Dr. Reddy's Laboratories; and China-based companies, such as Hualan Biological Engineering and Shanghai Kehua Bio-Engineering, are planning large-scale product distribution strategies in western countries. Biosimilars of some of the biologics that are currently under exclusivity in western countries, such as Enbrel and Rituxan, are sold in developing countries.

The South Korean government has announced capital and institutional support to boost biopharmaceutical manufacturing, and has set an ambitious target of acquiring a 22 percent global biosimilars market share by 2020. Samsung, which operates in the electronics industry, has ventured into the biosimilars industry, and plans to invest over $2 billion before 2020. It has entered into a partnership with Quintiles, and the joint venture will be functional by 2013. It will initially manufacture biopharmaceuticals on a contract basis, and plans to launch biosimilar versions of Humira, Enbrel and Remicade after their patents expire in 2016.

Similarly, an Indian company called Cipla invested $65m in the biotech company MabPharm to build biologics manufacturing facilities. The Chinese company AutekBio has stayed one step ahead of its competitors by securing the FDA and European Medical Agency (EMA) certifications needed to produce biopharmaceuticals.