John Rim, newly appointed President and CEO, has unveiled a multidimensional business plan for the company 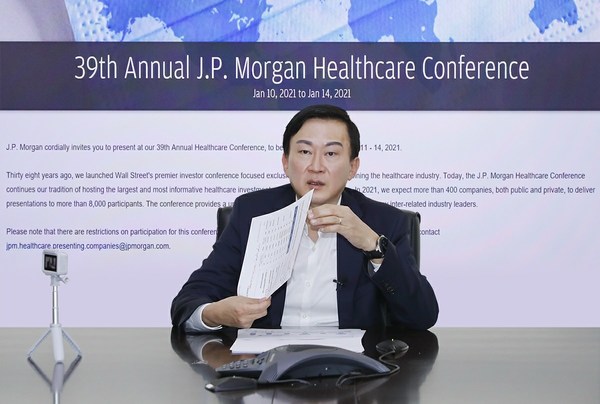 Samsung Biologics  set forth its dynamic growth plan for the next decade at the 2021 Annual JP Morgan Healthcare Conference recently. John Rim, newly appointed President and CEO, has unveiled a multidimensional business plan for the company to further expand as a major player in the biopharmaceutical industry, bolstering its rapidly expanding CDMO business with a greater global footprint, continued advancements in its biosimilars subsidiary, and ultimately new drug development.

"Our next decade will be marked by increased business expansion and portfolio diversification. While continuing to achieve best-in-class CDMO services and become a champion in the biosimilars business, we will also lay the groundwork for novel drug development, to ultimately become a full-service biopharmaceutical company," said John Rim, CEO of Samsung Biologics on Wednesday in his presentation at the Main Track of the conference, held virtually this year due to COVID-19.

To support the company's long-term vision, South Korean firm Samsung Biologics announced plans to secure manufacturing facilities overseas in addition to outlining its global CDO R&D Center in multiple locations. Rim noted that product diversification from mAb/fusion protein manufacturing to encompass future modalities such as vaccines and cell-gene therapies are also being studied, and the company is further venturing into new business models for its growth roadmap.