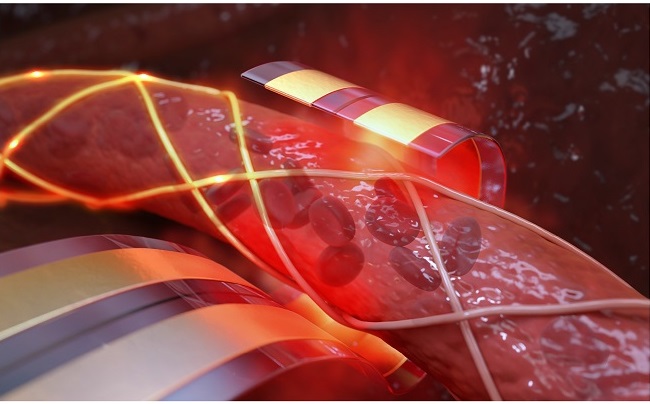 Photo Credit: POSTECH, Korea via The IEEE Engineering in Medicine and Biology Society

Hypertension is a condition in which the blood pressure is chronically elevated in the arteries. If the maximum blood pressure exceeds 140 and the minimum over 90, it is diagnosed as hypertension. There is no clear way to treat it with medications. Recently, a joint research team from Korea's Pohang University of Science and Technology (POSTECH) and the Seoul National University Hospital discovered a new technique to treat hypertension using a laparoscopic method instead of the conventional catheter-based approach for the first time in the world.

Professor Sung-Min Park and Ph.D. candidate Jinhwan Baik’s research team at POSTECH’s Division of Creative IT Convergence Engineering worked with professors Chang Wook Jeong and Won Hoon Song’s team in the Urology Department at the Seoul National University Hospital to develop a laparoscopic renal denervation that directly damages the nerves on the outer wall of the renal artery using a newly developed surgical device to successfully treat resistant hypertension. The research findings were published as both a special article and cover paper in the Transactions on Biomedical Engineering, issued by the American Institute of Electrical and Electronic Engineers (IEEE).

In order to treat hypertension that do not respond to medications, the renal denervation surgery that blocks nerve signals from the brain to the kidneys is drawing attention. This can lower abnormally high levels of hormones in the kidneys, resulting in lowered blood pressure. To this end, renal denervation surgery using catheters has been studied worldwide but its clinical effectiveness in controlling hypertension has not been clearly verified.

The research team proposed a laparoscopic denervation system (LDS) that can directly damage only the renal nerves from the outer renal arterial walls while protecting the arteries. This system consists of a new laparoscopic surgical instrument that can wind the outer wall of an artery and a high-frequency energy delivery system that controls the electrode temperature.

In addition, the joint research team proved the feasibility of LDS in vivo through human simulation and preclinical study. LDS was able to minimize arterial damage by localizing the heat distribution between the electrode and the outer arterial wall. As a result, laparoscopic renal denervation surgery using LDS was able to effectively and safely damage renal nerves, and further confirmed its potential to treat hypertension.

The newly proposed LDS technique can be used in robotic surgery and is anticipated to be applicable in treating cardiovascular diseases as well.

“In the future, you will be able to control your blood pressure with just one procedure,” explained Professor Sung-Min Park of POSTECH. “You won’t have to take a blood pressure medication for an entire lifetime.”

The research was conducted with the support of the Korea Health Industry Development Institute (KHIDI) and is currently in the verification phase through animal testing.