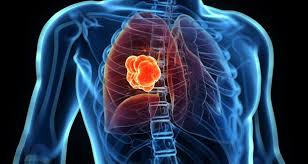 Since the EGFR C797S mutation was reported 3 years ago, as the first evidence of Tagrisso resistance, no major breakthroughs have been achieved to target the clinically relevant mutant variant that impedes covalent bond formation with irreversible EGFR inhibitors.[i]

The company plans to initiate dose escalation studies in advanced NSCLC patients in Korea next year and to develop further clinical studies in both Korea and the US afterwards. In the Phase I/II study with NSCLC patients, the safety, tolerability and efficacy of the candidate will be observed.

"We are proud of the IND submission for BBT-176, which has shown a potential to be developed as a highly mutant-selective, fourth-generation EGFR-TKI for NSCLC treatment," stated James Lee, CEO of Bridge Biotherapeutics. "Our team will make our best effort to develop novel targeted lung cancer therapy inhibiting C797S EGFR mutation."

BBT-176 was discovered by Korea Research Institute of Chemical Technology (KRICT), a Korean government research institute, and was licensed to Bridge Biotherapeutics in December 2018 for the worldwide exclusive right for further development.