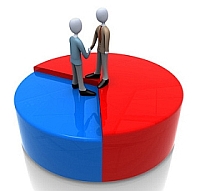 The Russian pharmaceutical market constitutes the 11th largest in the world and is expected to achieve double-digit growth going forward. Eisai established a representative office in Moscow in October 2007 and has since been working to complete product registration procedures, with marketing approval received in Russia for anticancer agent Halaven (eribulin mesylate) and antiepileptic agents Zonegran (zonisamide) and Exalief (eslicarbazepine acetate, brand name in the EU: Zebinix) in fiscal 2012.

The establishment of new sales subsidiary, Eisai Russia, is part of Eisai's preparations to expand direct sales operations into the Russian healthcare market. Eisai Russia plans to launch Halaven in the first quarter of fiscal 2013, followed by respective launches of Zonegran and Exalief. In addition, Eisai has also filed for regulatory approval in Russia for AMPA receptor antagonist Fycompa (perampanel).

As part of Eisai's globalization strategy, which has been defined in its midterm strategic plan 'Hayabusa', the company aims to expand its operations into all of the world's top 20 largest pharmaceutical markets to effectively make contributions to more than 500 million patients worldwide. Through the establishment of the Russian subsidiary, Eisai expects to deliver its innovative pharmaceutical products to patients in Russia as well as to increase the benefits provided to patients and their families across the region.