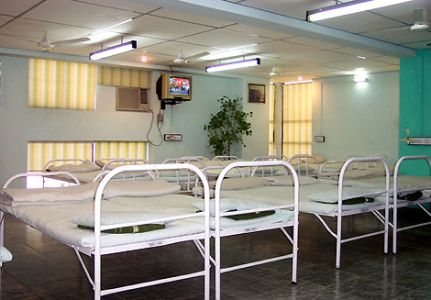 The company is investigating its BCR-ABL inhibitor ponatinib

Singapore: Ariad Pharmaceuticals, an emerging global oncology company focused on discovery, development and commercialization of cancer medicines, has initiated a multi-center phase I/II clinical trial in Japan of ponatinib, the company's investigational BCR-ABL inhibitor. The trial is being conducted in Japanese patients with chronic myeloid leukemia (CML) who have failed treatment with dasatinib or nilotinib or with Philadelphia-chromosome positive acute lymphoblastic leukemia (Ph+ ALL) who have failed prior tyrosine kinase inhibitors.

The trial is designed to establish the recommended dose for ponatinib and confirm its anti-leukemic activity in Japanese patients. The company expects that this trial should provide the incremental clinical data needed for initial regulatory approval of ponatinib in Japan. Japan is the third largest CML market in the world with an annual incidence of 1,300 new patients reported in 2010.

"Many of the world's foremost thought leaders on CML are in Japan, and we are delighted to be collaborating with many of them to advance the potential uses of ponatinib among Japanese patients with refractory CML," said Dr Timothy P Clackson, president of research and development and chief scientific officer of Ariad. "We are working closely with these CML experts and anticipate that this trial will confirm the results seen with ponatinib in our ongoing phase I and pivotal phase II trials of ponatinib."

The single-arm, open-label phase II component of the trial is expected to begin in the first quarter of 2013 and will enroll an additional 25 adult patients. In the phase II portion of the trial, the primary efficacy endpoint for CML patients in chronic phase will be major cytogenetic response. For CML patients in accelerated phase or blast phase and for Ph+ ALL patients, the primary endpoint will be major hematologic response, defined as complete hematologic response or no evidence of leukemia. The study's secondary endpoints for all patients will include major molecular response, time to response, duration of response, progression-free survival and overall survival.

Internally discovered at Ariad, ponatinib is an investigational BCR-ABL inhibitor that also selectively inhibits certain other tyrosine kinases in preclinical studies, including FLT3, RET, KIT, and the members of the FGFR and PDGFR families of kinases. A new drug application for ponatinib was submitted to the US Food and Drug Administration on July 30, 2012.

The primary target for ponatinib is BCR-ABL, an abnormal tyrosine kinase that is expressed in chronic myeloid leukemia (CML) and Philadelphia-chromosome positive acute lymphoblastic leukemia (Ph+ ALL). Ponatinib was designed using ARIAD's computational and structure-based drug design platform to inhibit the activity of BCR-ABL with very high potency and broad specificity. Ponatinib targets not only native BCR-ABL but also its isoforms that carry mutations that confer resistance to treatment with existing tyrosine kinase inhibitors, including the T315I mutation for which no effective therapy currently exists.