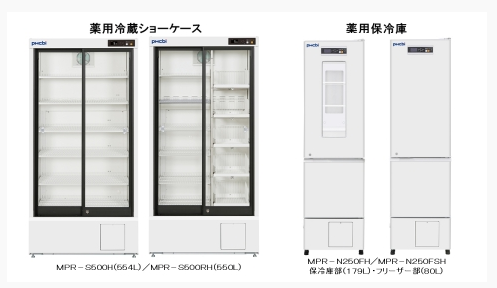 The medicated refrigerated showcases and medicated refrigerated storages released this time not only can safely store frozen / refrigerated medicines and valuable samples used in medical institutions, drug discovery / life science research, but also reduce energy consumption and the earth. PHC's cold chain solution that also contributes to reducing the burden on the environment.

In particular, the medicated refrigerated showcase "MPR-S500H / S500RH" further reduces power consumption by optimizing the control of the cycle defrost defrosting mechanism that suppresses the temperature rise inside the refrigerator during defrosting.

In addition to reducing temperature fluctuations with an inverter-controlled compressor, new improvements have been made to both products to achieve more accurate temperature control, such as improved temperature uniformity inside the refrigerator with a new cabinet design.