Takeda asks judge to rule in its favor 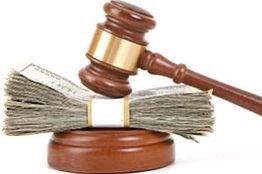 Singapore: Takeda Pharmaceuticals, US, highlighted that in the case against Jack Cooper (No CGC-12-518535) the jury ruled in favor of the plaintiffs and awarded a total of $6.5 million in damages.

Takeda has filed motions asking the judge to rule in favor of the company as a matter of law and is considering its options, including a possible appeal if the motions are denied. The trial began on February 19, 2013, in Los Angeles before Judge Kenneth R Freeman.

Mr Kenneth D Greisman, senior vice president, general counsel and secretary, Takeda Pharmaceuticals US, said that, "Takeda respectfully disagrees with the jury's verdict. Takeda empathizes with patients like Mr Cooper, but we believe the evidence did not support a finding that Actos caused his bladder cancer."

He also added, "We also believe we demonstrated that Takeda acted responsibly with regard to Actos. We promptly disclosed Actos safety data to the US FDA and other regulatory authorities and provided updated product information to health care professionals and patients. Patient safety is a critical priority for Takeda. We plan to vigorously defend the company against future lawsuits."

Actos (pioglitazone) is a prescription medicine used with diet and exercise to improve blood sugar (glucose) control in adults with type 2 diabetes. Actos is not for the treatment of type 1 'juvenile' diabetes or diabetic ketoacidosis (increased ketones in blood or urine).