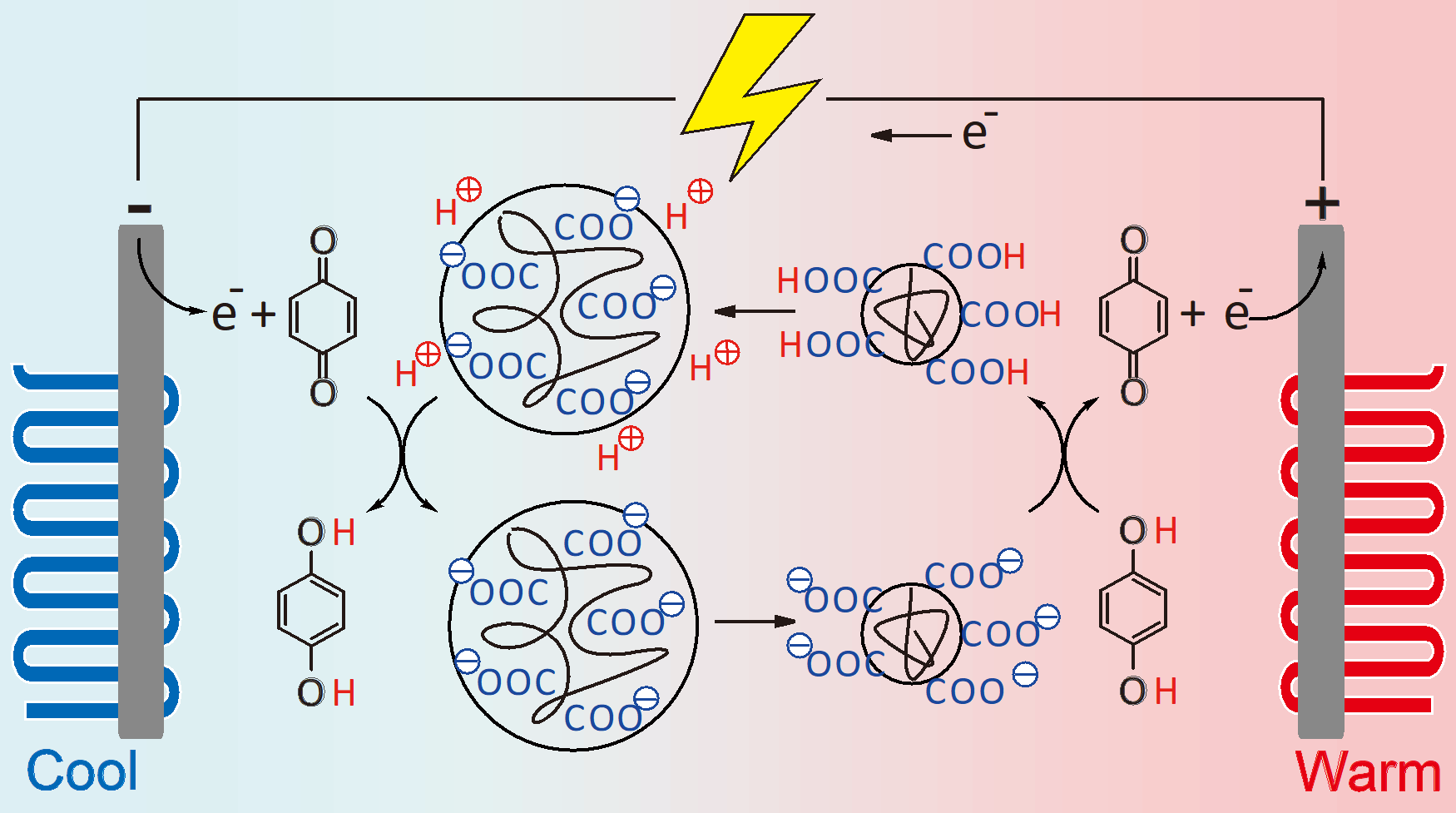 Thermo-electrochemical cells newly developed by researchers at Japan's Kyushu University offer a promising route to flexible and inexpensive devices that can convert heat from sources such as your body or the sun directly into electricity, providing power just about anywhere.

Distributed, renewable power sources are crucial for realizing the IoT revolution and a carbon-free society. Sources of thermal energy are nearly everywhere, whether heat from our body, the sun, or equipment, so one candidate is the development of small, mass-produced, and highly efficient thermoelectric conversion devices that directly change heat into electricity.

Thermoelectric materials used in these devices utilize a phenomenon called the Seebeck effect to create a voltage when their two sides are at different temperatures, but many of these materials contain rare or toxics elements or are most efficient at temperature ranges far higher than those of the human body.

Yu Hoshino, Teppei Yamada, and coworkers in Kyushu University now report in the Journal of the American Chemical Society that they have developed a system using hydrogel nanoparticles that has the potential to overcome these challenges.

Called thermo-electrochemical cells, or thermocells for short, the devices rely on a change in the volume of the hydrogel nanoparticles that happens around 40 °C to make electricity, allowing them operate efficiently near the temperature of the human body.

Heating of the nanoparticles causes them to shrink as water escapes from them, exposing parts that will attract hydrogen ions and lower the acidity—or increase the pH—of the environment. On the other hand, nanoparticles at lower temperatures are swollen and will release hydrogen ions, thus decreasing pH.

Pairing the generated acidity difference of up to 0.05 pH K−1 obtained near body temperature with a chemical capable of a so-called redox reaction at the electrodes, the change in pH triggers the transfer of hydrogen ions and electrons—known as proton-coupled electron transfer—between the chemical on the electrodes and nanoparticles in opposite directions on the cold and hot sides.

This process results in highly efficient thermoelectric conversion with a Seebeck coefficient of −6.7 mV K−1, indicating that 6.7 mV can be generated for a one degree Kelvin difference in temperature between the two sides of the devices.

These thermocells driven by volume phase transition of hydrogels could one day provide a non-toxic, flexible, and inexpensive charger that can harvest carbon-free energy from the numerous heat sources all around us.