Japanese Ministry of Health, Labour and Welfare grants orphan drug designation (ODD) for diseases that affect fewer than 50,000 patients in Japan, and for which significant unmet medical need exists 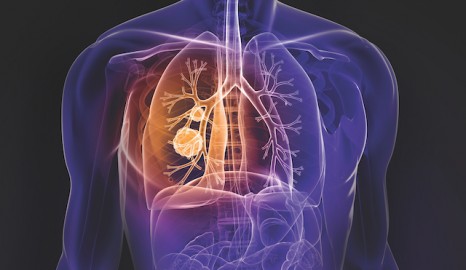 "Advanced NSCLC harboring MET gene alterations is associated with aggressive tumor behavior and poor clinical prognosis," said Luciano Rossetti, Global Head of Research & Development for the Biopharma business of Merck. "This orphan drug designation helps to advance this program within Japan and, coupled with the SAKIGAKE 'fast-track' designation received last year, provides important mechanisms, such as priority review, to quickly deliver this medicine to Japanese patients with this difficult-to-treat disease."

Discovered in-house at Merck, tepotinib is an investigational oral MET inhibitor that is designed to inhibit the oncogenic MET receptor signaling caused by MET (gene) alterations, including both MET exon 14 skipping alterations and MET amplifications, or MET protein overexpression. It has been designed to have a highly selective mechanism of action, with the potential to improve outcomes in aggressive tumors that have a poor prognosis and harbor these specific alterations.

Results from the interim analysis of the VISION study were presented in an oral presentation at the 2019 American Society of Clinical Oncology (ASCO) Annual Meeting and the 2019 Japan Society of Medical Oncology (JSMO) Annual Meeting. The use of both LBx and TBx to identify patients for the VISION study is intended to support improved patient selection and is consistent with the company's focus on patient-centric drug development.

Tepotinib is also being investigated in the INSIGHT 2 study (NCT03940703) in combination with the tyrosine kinase inhibitor (TKI) osimertinib in epidermal growth factor receptor (EGFR) mutated, MET amplified, locally advanced or metastatic NSCLC having acquired resistance to prior EGFR TKI.