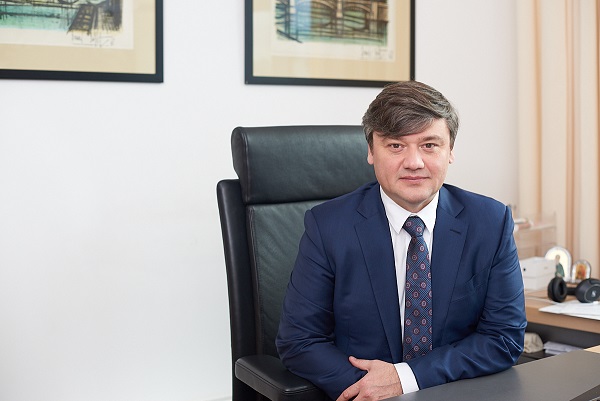 Potapov’s appointment follows Takeda’s recent acquisition of Shire Pharmaceuticals – enabling Takeda to become a global, values-based, R&D-driven biopharmaceutical leader headquartered in Japan. Potapov will be instrumental in guiding the successful integration of Takeda and Shire under the Takeda brand, reinforcing the company’s leadership position across its global footprint while strengthening its research and development-driven pharmaceutical operations.

The acquisition and subsequent integration will see Takeda evolve its operational focus from the NEMEA region (Near East, Middle East and Africa) to ICMEA (India, CIS, Middle East including Turkey, and Africa). The move will reduce complexity within the organization, while increasing agility and moving Takeda closer to the patients it serves.

Handling the reigns from Takeda’s Dubai hub, Potapov will spearhead Takeda’s continued growth across the region, while upholding the organization’s unwavering commitment to serving patients and its long-held reputation as an employer of choice. Potapov will work closely with Taka Horii, the outgoing NEMEA Area Head for Takeda, to maintain his success to date. Since Horii’s appointment in 2018, the outgoing Area Head has helped define a successful operating model for the area, focusing on key business priorities such as portfolio optimization, Specialty Care product launches, and talent development. Taka will now transition to a new role as General Manager for the Middle East.

“Now is a great time to be heading up Takeda’s regional operations as we look ahead to the integration of Shire into our business and the many opportunities this will bring to better serve patients,” commented Andrey Potapov. “In this role, putting people first will remain a key principle of mine because the success of our company is determined by our employees, above all else. Ultimately, success for Takeda is reflected in the wellbeing of patients and fair access to the most effective treatments. I am committed to seeing that Takeda continues to ensure both of these outcomes,” he added.

In his most recent role as General Manager of Takeda Russia and Head of the CIS Area, Potapov oversaw the successful launch of new pharmaceutical products, while delivering above market profit growth for the past five years. He spent over 15 years of his career at Nycomed, which was acquired by Takeda in 2011. During his time with Nycomed, Potapov held various positions, from Finance Manager at the company’s Novosibirsk office to Finance Director of the Russia and CIS region. He was promoted to Vice President and CFO of Russia-CIS in 2007, before taking up the role of Country Manager of Nycomed Russia in 2011.