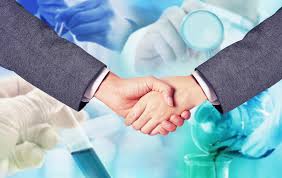 Zymeworks Inc. a clinical-stage biopharmaceutical company developing multifunctional biotherapeutics, and Daiichi Sankyo Company, Limited (“Daiichi Sankyo”) announced that, the Daiichi Sankyo has exercised its option for a commercial license to a proprietary immuno-oncology bispecific built on Zymeworks’ Azymetric™ and EFECT™ platforms. Zymeworks will receive a US$3.5 million payment based on Daiichi Sankyo’s selection of the first of up to three lead product candidates under its collaboration agreements with Zymeworks.

Under the terms of the 2016 cross-licensing and collaboration agreement, Zymeworks granted Daiichi Sankyo a license to Zymeworks’ Azymetric™ and EFECT™ platforms to develop a bispecific antibody therapeutic for which Zymeworks is eligible to receive further clinical and commercial milestone payments of up to US$143.4 million, as well as up to double-digit tiered royalties on global product sales.

Additionally, Zymeworks obtained a license to certain immuno-oncology antibodies from Daiichi Sankyo, with the right to research, develop, and commercialize multiple bispecific products globally in exchange for royalties on global product sales.