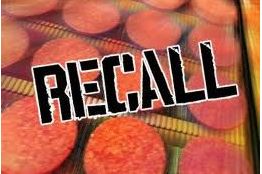 Singapore: Affymax and Takeda Pharma decided to voluntarily recall all lots of Omontys (peginesatide) injection to the user level, as a result of new post-marketing reports regarding serious hypersensitivity reactions, including anaphylaxis, which can be life-threatening or fatal.

The companies have been working actively with the US FDA, which has indicated its agreement with this decision. The companies have also issued a letter to healthcare professionals indicating that no new or existing patients should receive Omontys.

Until date, fatal reactions have been reported in approximately 0.02 percent of patients following the first dose of intravenous administration. The reported serious hypersensitivity reactions have occurred within 30 minutes after such administration of Omontys. There have been no reports of such reactions following subsequent dosing, or in patients who have completed their dialysis session. Since launch, more than 25,000 patients have received Omontys in the postmarketing setting.

The rate of overall hypersensitivity reactions reported is approximately 0.2 percent with approximately a third of these being serious in nature including anaphylaxis requiring prompt medical intervention and in some cases hospitalization. The companies are actively investigating these cases. In the meantime, dialysis organizations are instructed to discontinue use. Customers will be provided instructions on how to return the product to the manufacturer for a refund.

Omontys injection is indicated for the treatment of anemia due to chronic kidney disease in adult patients on dialysis and is packaged in 10 mg and 20 mg multi-dose vials, including 10mg and 20mg multi-dose vials.