AstraZeneca to pay Daiichi Sankyo up to $6.90 billion in total consideration, including $1.35 billion upfront payment and up to an additional $5.55 billion contingent upon achievement of future regulatory 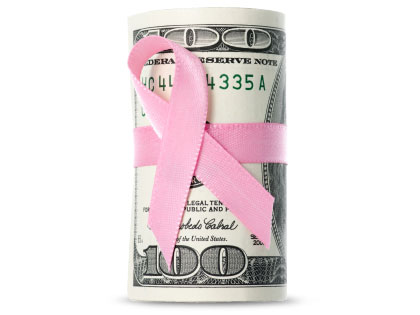 As announced separately by Daiichi Sankyo, a Biologics License Application (BLA) submission to U.S. FDA for [fam-] trastuzumab deruxtecan in HER2 positive metastatic breast cancer previously treated with ado trastuzumab emtansine (T-DM1) will be accelerated to the first half of fiscal year 2019.

Designed using Daiichi Sankyo's DXd proprietary ADC technology, [fam-] trastuzumab deruxtecan is comprised of a humanized HER2 antibody attached to a novel topoisomerase I inhibitor payload by a tetrapeptide-based linker. It is designed to target and deliver chemotherapy inside cancer cells and reduce systemic exposure to the cytotoxic payload compared to the way chemotherapy is commonly delivered.

Under the terms of the agreement, AstraZeneca will pay Daiichi Sankyo an upfront payment of $1.35 billion. Contingent payments of up to $5.55 billion include $3.8 billion for achievement of future regulatory milestones and other contingencies, as well as sales-related milestones of up to $1.75 billion. Total payments under the agreement have the potential to reach up to $6.90 billion.