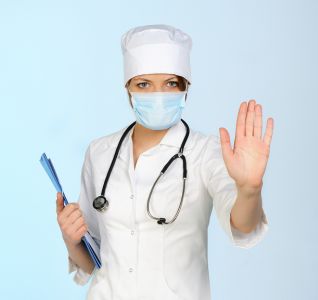 Patient enrollment was suspended based on higher frequency of interstitial lung disease cases in the study. (Photo: Bigstock)

Singapore: Japanese pharmaceutical company Kyowa Hakko Kirin temporarily suspended patient enrollment in an international phase III clinical study evaluating the combination of ARQ 197 (tivantinib) by ArQule and erlotinib in patients with advanced or metastatic non-small-cell lung cancer in Asia. The company suspended patient enrollment after recommendations by the Safety Review Committee, which investigates the safety data independent of the sponsor and advises the sponsor on the trial.

Kyowa Hakko Kirin has a license agreement with ArQule for the exclusive rights to the development and sales of ARQ 197 in Japan and some parts of Asia (China, Korea and Taiwan). ArQule is a biotechnology company in the US engaged in research and development of next-generation, small molecule cancer therapeutics.

The study is a randomized, double-blinded trial comparing ARQ197 and erlotinib to placebo and erlotinib. Patient enrollment was suspended based on higher frequency of interstitial lung disease cases in the study as one of drug-related adverse reactions. Kyowa Hakko Kirin will make further investigations to find out a possibility to resume the study.

ARQ 197 is an orally administered low molecular weight compound discovered by ArQule, which selectively inhibits c-Met (receptor tyrosine kinase). c-Met is a hepatocyte growth factor receptor with a high level of expression and activity in a wide variety of solid cancers. The expression of c-Met is reported as being related to the infiltration and metastasis of cancer and correlated with the malignancy of cancer. Erlotinib is an orally administered molecularly targeted drug that selectively inhibits tyrosine kinase in epidermal growth factor receptors. It is indicated for non-small-cell lung cancer and marketed under the brand name Tarceva.