Astellas to do interim analysis of cancer trial 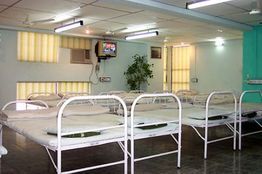 Singapore: Medivation and Astellas Pharma have established an updated interim analysis plan for the Prevail trial, a global phase III clinical trial evaluating Xtandi (enzalutamide) capsules in men with metastatic castration-resistant prostate cancer (mCRPC) who have not yet received chemotherapy.

The planned interim analysis for the Prevail trial is expected to occur in 2013. In addition, the protocol-specified number of radiographic progression-free survival (PFS) events have been exceeded, and the primary PFS analysis will occur at the time of the interim analysis for overall survival. Medivation is conducting this study under its agreement with Astellas.

Dr Lynn Seely, chief medical officer, Medivation, said that, "As we did with our Affirm trial, we have evaluated recent industry data announced in the prostate cancer disease area and updated our analysis plan for the Prevail trial. We've shared our updated plan with the US Food and Drug Administration who are in agreement with our approach. We plan to conduct the PREVAIL interim analysis in 2013."

The randomized, double-blind, placebo-controlled, multi-national phase III Prevail trial met its enrollment goals in May 2012 at sites in the US, Canada, Europe, Australia, Russia, Israel and Asian countries including Japan. The Prevail trial includes 1,717 patients who have progressed following treatment with a luteinizing hormone releasing hormone (LHRH) analog drug only, as well as patients who have progressed following treatment with both an LHRH analog drug and an anti-androgen drug.