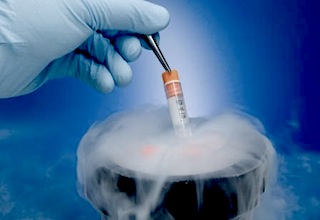 Bangalore: A recent survey conducted by Nielsen India amongst gynecologists in the country shows that LifeCell International enjoys the highest brand equity in comparison to key industry players.

According to the survey, out of the leading stem cell banks in the country, LifeCell has the highest brand recall at 85 percent with top-of-the-mind position amongst gynaecologists. The study also shows that LifeCell is recommended by gynaecologists three times more than its closest competitor, making it the most recommended stem cell bank in India. From an industry point-of-view, the results reveal that over 99 percent of the gynecologists interviewed were aware about stem cell banking and 90 percent of them recommended the service to expectant parents.

The first-of-its-kind industry research conducted by Nielsen amongst gynaecologists in India assesses the brand preferences in the stem cell banking industry. The survey was conducted across eight leading metros covering Mumbai, Ahmedabad, Bangalore, Chennai, New Delhi, Hyderabad, Kolkata and Pune. It involved personal discussions with over 300 gynecologists, who have been actively practicing in the field for more than three years.

Commenting on the results, Mr Mayur Abhaya, managing director and CEO of LifeCell International said, "We are extremely proud to be recognized as India's most recommended stem cell bank by Gynaecologists. When we launched our services in 2004 the concept was relatively new to the medical fraternity.

The Nielsen study results are a milestone achievement with a majority of Indian gynaecologists recommending LifeCell over three times as compared to other stem cell banks. Our approach has always been to provide our stakeholders value additions to the services backed with international accreditations. This has resulted in significant endorsement from gynecologists displaying their confidence and trust on us.