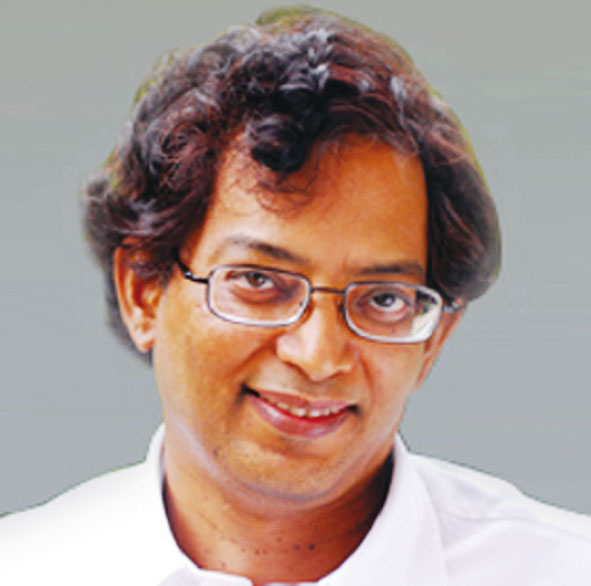 All over the world, governments have initiated the use of alternative sources of energy for ensuring energy security. Biofuels have emerged as an ideal choice to meet these requirements. However, to produce biofuel, the real problem lies in growing huge quantities of biomass because nearly all biomass feedstocks make use of the same limited resources which go into agriculture.

Sea6 Energy from India is tapping into the sea waters to find a solution to this problem. Seaweeds offer an unmatched potential for scalability by growing directly on the ocean surface and extracting nutrients from flowing water. They have proven high productivity and are cultivated across the world for various specialty food products at a very nominal price.

The company was started by four alumni of Indian Institute of Technology Madras - Mr Nelson Vadassery (manager, technology & engineering); Ms Sailaja Nori (manager, R&D); Ms Sowmya Balendiran (manager, operations); Mr Sayash Kumar (acting CEO) - along with Mr Shrikumar Suryanarayan, leading as the chairman. Mr Suryanarayan is the former president of R&D, Biocon India and visiting faculty, Karolinska Institute, Sweden. These four IITians had initiated a project on microalgae. But problem with microalgae was that the biomass concentration was only a few grams per liter. The team then started looking at the macro-algae - seaweed which does not require irrigation or fertilizers, or take up arable land.

Out of the three varieties of seaweeds, Sea6 uses red seaweed in particular because it is found frequently in the tropical waters and also has high productivity. Mr Suryanarayan says, "We have always waited for others to develop solutions and then implemented them. There are very few home-grown solutions. We have to start thinking what we can do for the fuel problem in India. Red seaweed is one of the highest biomass producers per hectare."

The first hurdle which Sea6 Energy needed to overcome was to cultivate seaweeds at a cheaper and effective rate. Sea6 realized that bamboo rafts (on which seaweeds were cultivated traditionally) break because of their rigid structures. The company then developed an offshore farming system based on marine plastics polymer. It has also filed application to patent this system.

The next hurdle was to find enzymes that would break the sugars inside seaweeds. Red seaweed has more than 50 percent dry weight as carbohydrate. This is a galacto polymer which needs to be converted to monosaccharides and this is where the company needs the enzymes. For this, the company has recently partnered with Novozymes as these enzymes are not commercial enzymes but research enzymes and need to work in the salt water system.

The company believes that tapping the ocean for fuel, eradicates the problem of land and moreover if the system works in salt water, then need for fresh water will be eliminated too. Therefore, the company at the moment is currently focused on getting enzymes and fermenting strains that would work in salt water.

Sea6 Energy, which was founded in July 2010, was initially funded by Mr Shrikumar and a few IIT Madras alumini who chipped in about $202,044. Later, one of the co-founders managed to get a crucial government grant. IIT Madras incubated the company giving access to running lab space and functional instrumentation. The company has also been awarded BIPP grant and is soon going to sign the agreement. The company has managed to raise $2.02 million and now the aim is to raise another $8.08 million to build demonstration plant.

"When we set out one-and-a-half years ago, we just had ideas. The theory seemed perfect. We have proved those theoretical assumptions and are able to produce ethanol on lab scale. In the next two years, we should be in a position to have cracked the commercial hurdles. We need to set up pilot facilities to demonstrate this. In two years we should reach the benchmarks to make commercially viable biofuel. If we can develop this technology, we can have all land for food and fuel can come from the sea," concludes the chairman.