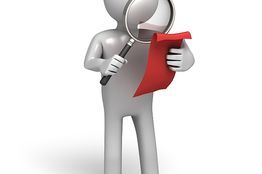 New Delhi: The India group of ministers, who were constituted to finalize the National Pharmaceutical Pricing Policy, have recommended that the policy be extended to 348 drugs in the Indian market. These drugs were already included in the National List of Essential Medicines during 2011.

According to the drug pricing policy, which earlier covered only 74 drugs, an average price will be fixed for all brands of the same medication that have more than one percent market share. Mr Sharad Pawar, Union Minister of Agriculture, indicated that this recommendation will now be sent to the Union Cabinet for further approval. The slate of recommendations have been long awaited from the group of ministers, with a number of delays causing the Supreme Court to recently intervene and ask for a speedy decision.

Dr Tapan Ray, director general, Organisation Of Pharmaceutical Producers Of India (OPPI), while speaking about the impact that this development will have on the burgeoning pharmaceutical industry in India, said that, "My very quick view from the media report is that the new proposal will have adverse impact on the industry, as the span of price control will now cover around 30 percent of the Indian pharmaceutical market with further squeeze in the margin."

Mr Ranjit Shahani, president, OPPI, said that he acknowledged the rights of the government to make essential medicines available to the most vulnerable sections of society at affordable prices. He further said that, "A market-based policy is a balanced formula and will help improve the availability of essential medicines for patients."

Karvy Stock Broking, while commenting on the developments, said that, "The companies which are in the premium pricing band would be impacted the most. MNCs in particular that have domestic play like GSK Pharma and Sanofi India would be affected the most, with contraction in EBDITA margins for the business as a whole. Indian companies that do not have a very huge exposure to the domestic play would be insulated to some extent. Companies such as Dr. Reddy's, Sun Pharma, Lupin, Ranbaxy Labs and Cipla would be lesser impacted due to their presence in the exports space."